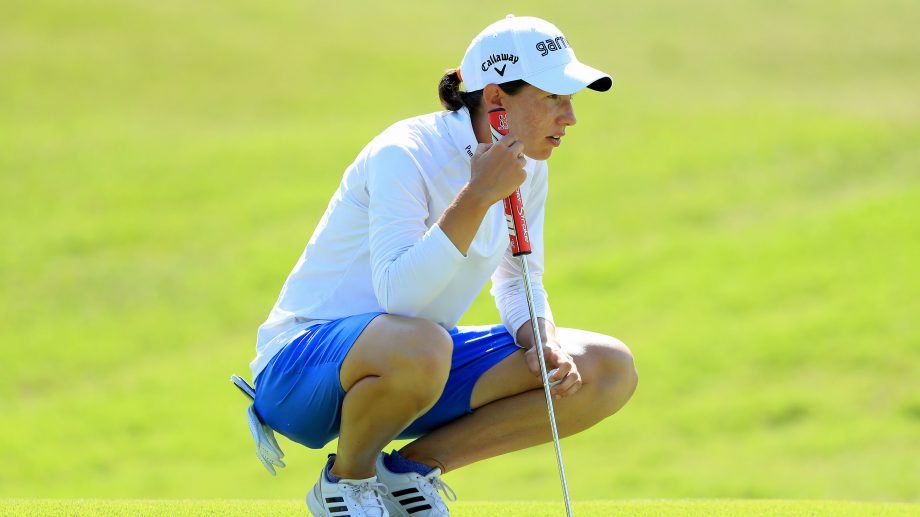 ROGERS, Ark. – Sung Hyun Park birdied the final two holes for an 8-under 63 and a share of lead with Carlota Ciganda on Saturday after the second round of the Walmart NW Arkansas Championship.

Park, the second-ranked South Korean star who won the HSBC Women’s World Championship in Singapore in early March for her sixth LPGA Tour title, is coming off a second-place finish last week in Minnesota in the major KPMG Women’s PGA Championship.

“I only have one win this season, but overall I think I have been doing a good job,” Park said through a translator. “Last week I did pretty well, too. Tomorrow, I hope to focus on each shot.”

Ciganda shot a 66 in hot conditions to match Park at 13-under 129 at Pinnacle Country Club. The Spanish player chipped in from 60 yards for eagle on the par-4 first hole and closed with a birdie on the par-5 18th.

“There’s still lots of golf to play tomorrow and it can go very low here,” Ciganda said. “I think it’s nice to be up there, but I think there are some great players there.”

Park rebounded from a bogey on the par-4 16th with the closing birdies.

“I wasn’t really worried when I made that bogey,” Park said. “I like the 17th and 18th holes, and I made a birdie on the last hole yesterday, too, so I knew that I won’t have to worry after that bogey.”

“I feel good, but it was definitely a hot round,” Kang said. “This golf course is very score-able, so all I need to do is keep giving myself opportunities. We were just matching birdies back and forth, so it was a lot of fun.”

Brooke Henderson is in a tie 52nd at 4 under. Fellow Canadians Jaclyn Lee and Brittany Marchand failed to make the cut.