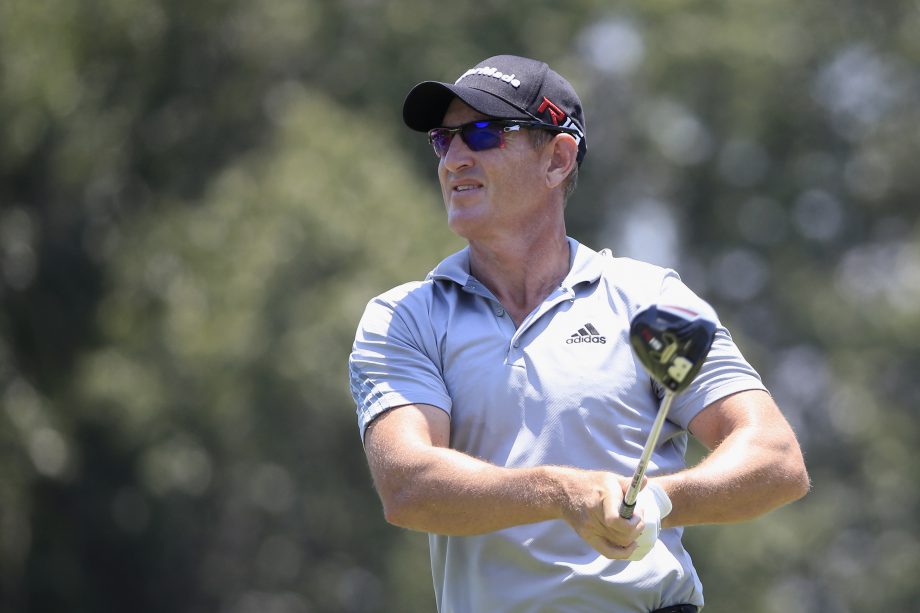 MEMPHIS, Tenn. – Ryan Palmer, Brooks Koepka and Greg Owen each shot 6-under 64 Thursday for a three-way tie atop the leaderboard after the opening round of the St. Jude Classic.

Palmer, a three-time PGA Tour winner, turned in a bogey-free round with six birdies in the afternoon to join Koepka and Owen atop the leaderboard at TPC Southwind. Koepka, who won in Phoenix earlier this year, matched his low round of 2015 with eight birdies and two bogeys, while Owen shot his best round this year with no bogeys and six birdies.

Boo Weekley was tied with six others at 67, and Phil Mickelson was in a group of 11 at 68.

David Hearn of Brantford, Ont., was the low Canadian, tied for 73rd. Hearn shot a 1-over 71, while Calgary’s Roger Sloan and Corey Conners both shot 5-over 75s. Mike Weir of Brights Grove, Ont., was 7-over 77.

Palmer had seven holes left after reaching 6 under, but he had to scramble down the stretch and needed to get up and down on his 18th hole, No. 9, to keep a piece of the lead. His last victory came in 2010 at the Sony Open, though he tied for second in Phoenix and tied for sixth at the Texas Open this year.

His key Thursday was his putter. He needed only 24 putts with his closest birdie putt at 6 feet with a couple 20 feet and longer.

“I’ve been trying to get comfortable with the putter,” Palmer said. “I finally found the position I had last year from the British Open through the playoffs when I putted some of my best I felt. And I get on the putting green this morning and found it. The ball position, the width of my stance, where my shoulders and feet were, and it paid off today.”

Koepka has had three Top 20 finishes since his win in February, but he also withdrew from the Arnold Palmer Invitational in March before missing the cut at The Players Championship. Needing to play better before heading to Chambers Bay in Washington for the U.S. Open prompted him to add Memphis to his schedule. He said he was playing good golf but not scoring well enough. He gave himself a nice confidence boost, especially finishing with back-to-back birdies for a share of the lead.

“To me, it’s been expectations,” Koepka said. “My expectations have been a little too high. When you’re able to kind of put it in the center of the greens, give yourself uphill putts, that makes this golf course a lot easier, and being in the fairway helps a lot.”

Owen, an Englishman who now lives in Florida, has played 213 PGA Tour events since turning pro in 2005. He’s back on tour thanks to a Web.com Tour exemption. He topped the 66 that had been his low round this year back in April in New Orleans in the opening round where he wound up tied for 43rd. Owen said his game started coming around at the Byron Nelson where he shot in the 60s his final three rounds and tied for 46th.

“I’m healthy and fit and I’m putting well,” Owen said. “That’s a big bonus for me, confidence with the putt.”

Crane was the only player to get to 7 under as he rolled in seven birdies in nine holes. But he started hitting shots into the rough and wound up with bogeys on three of his final five holes.

“Obviously had it going pretty low there for a while, and all in all, I feel like my game is going in the right direction,” Crane said. “Feel very comfortable on this golf course. I love this place.”

Mickelson was at 4 under after a quick start with four birdies over his first seven holes starting on the back nine. A couple bogeys on the par 3s on the front nine dropped him to 2 under.

“I had a couple of opportunities coming in that would have really made the round a few more shots lower, but they didn’t quite fall,” Mickelson said. “That happens. But I made a bunch on the front. Made some good putts on the front, so it’s going to come down to … you got to get some putts to fall because it’s not a course you can overpower. It’s a course if you hit some poor shots will bite you.”

Divots: Dustin Johnson, the highest-ranked player in this event at No. 7 in the world and the 2012 champ here, withdrew after nine holes. Johnson opened with three bogeys and had six pars. Crane played with Johnson, who told him he wasn’t going to make it on the ninth hole. “Clearly, he wasn’t feeling good,” Crane said.