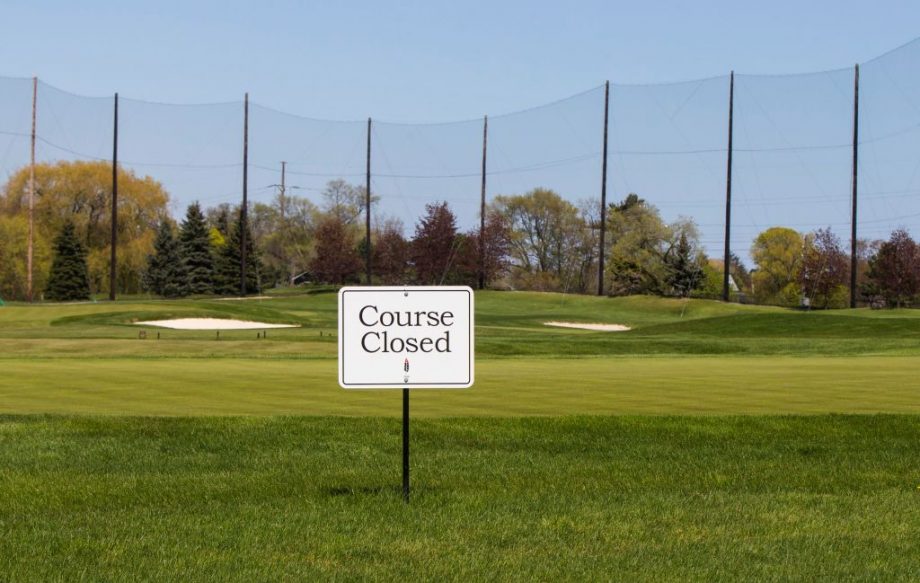 A "Course Closed" sign is seen at the Mississaugua Golf and Country Club in Mississauga, Ontario, Canada, on May 13, 2021. (Photo by Zou Zheng/Xinhua via Getty)
Canadian Press

TORONTO — Ontario is extending its stay-at-home order until June 2 to bring down high rates of COVID-19, a move Premier Doug Ford said was necessary to bring infection cases down and “save the summer.”

That means thousands of businesses and public schools will remain closed until the order is lifted. Outdoor recreational facilities will also remain closed, a decision public health experts have said is misguided and has consequences for people’s physical and mental health.

The government’s science advisers have said banning outdoor activities will not control COVID-19 and disproportionately harm children and those who don’t have access to their own green space. And Golf Ontario has told the Ford government that “golf is safe” and urged it reopen courses.

Ford acknowledged the criticism but said that measure would stay in place to limit mobility and other behaviour that could contribute to spread of the virus.

“They pick up another buddy, two or three go out, go golfing, there’s nothing wrong with golfing,” he said. “The problem is, then after golf they go back, they have some pops. That’s the problem.”

Ford said the goal was to vaccinate as many people as possible against COVID-19 in the next few weeks.

“These are precious weeks,” he said. “By June 2, so long as we stay the course, we will be able to reopen outdoor recreation. And by then, we will provide more details on our plan to carefully and safely begin to reopen.”

The premier blamed Ottawa for the third wave of the pandemic, suggesting a significant number of cases of the COVID-19 variants had entered Ontario through its land, air and water borders a claim that has been disputed by experts.

“The reality is, existing border measures have failed to keep the contagious variants out of Canada,” Ford said. “This brutal third wave is fuelled almost entirely by variants that pass too easily through our borders.”

Ontario declared a state of emergency and invoked the stay-at-home order in early April amid skyrocketing cases.

It initially gave police sweeping new powers to enforce the order but rolled those back amid intense backlash.