Canada’s Olympic and Paralympic uniforms for Rio stick with tradition 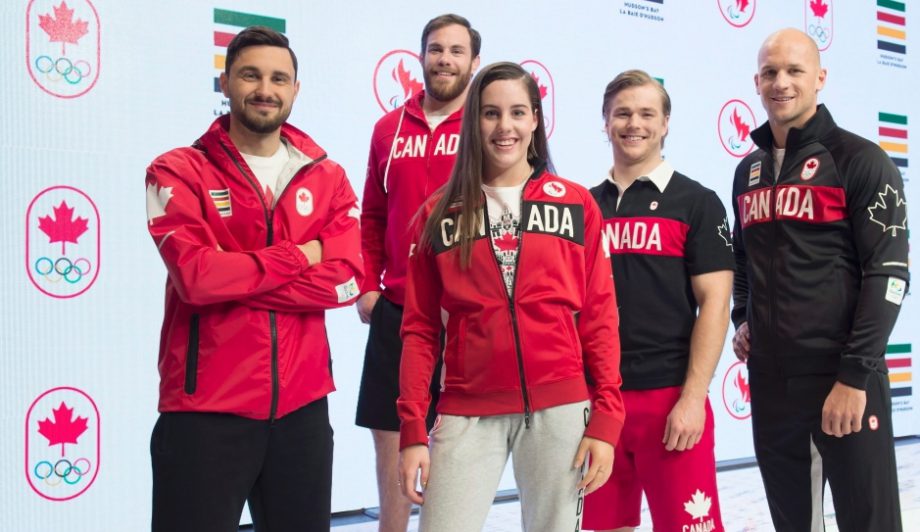 TORONTO – Canada’s Summer Olympic and Paralympic athletes will be in classic form as they suit up for Rio, sporting traditional styles steeped in the country’s colours and showcasing iconic national symbols.

In a move that’s being billed as a first, viewers were able to get a glimpse at the uniforms Canada’s athletes will wear at the opening and closing ceremonies months before the Games actually get underway.

Canadian twin brothers Dean and Dan Caten who helm the label Dsquared2 were enlisted to design the opening ceremony outfit. The ensemble is a formal take on athleticwear, incorporating a red, white and black palette.

The opening ceremony look includes a red jacket fashioned from the blend of a windbreaker and tailored blazer, featuring flap pockets, rubberized buttons and a zip pocket on the chest. The back of the jacket has tails with an elastic drawstring and a 3D print of the word “Canada” and the Maple Leaf.

A white jersey T-shirt with tailored sleeves and tails, and a tapered woollen track pant complete the ensemble, which will be accessorized with a classic Dsquared2 trucker hat.

The opening ceremony outfit will also be accompanied by a limited-edition line of T-shirts. The capsule collection includes illustrations of iconic Canadian creatures, including a bear, squirrel and beaver teamed with the Maple Leaf.

Canadian medallists will be sporting a classic track jacket on the podium with the a bold “Canada” wordmark in a colour-blocked band across the chest.

The Canadian kit also features a full complement of sporty hoodies and T-shirts.

“It’s got a very strong and modern and iconic feel, but also has stayed very, very Canadian – and that’s my favourite part about it,” said canoeist Ben Russell.

The apparel and accessories line is priced from $15 to $150. Select items will be available to shop online this week, while the official replica wear will be available at all Hudson’s Bay stores beginning May 4.

Golf returns to the Olympic Games for the first time since 1904 in Rio. Players on both the men’s and women’s side of the game will be fighting for one of 60 spots in their respective fields.

Players will compete for their country in a 72-hole individual stroke play competition. In the event of a tie for first, second or third place, a play-off or multiple playoffs shall be conducted to determine the gold, silver and bronze medal.

The International Olympic Committee (IOC) has restricted the International Golf Federation (IGF) to an Olympic field of 60 players. The Rolex Women’s World Golf Rankings will be used to determine the Olympics golf rankings. The top 15 world-ranked players will be eligible for the Olympics, with a limit of four players from a given country. Beyond the top 15, players will be eligible based on the world rankings, with a maximum of two eligible players from each country that does not already have two or more players among the top 15. The qualification period ends July 11, 2016.

The Canadian Olympic golf uniform will be unveiled May 11th at Lambton Golf and Country Club in Toronto.