O’Hair trying to turn good recovery into a great one 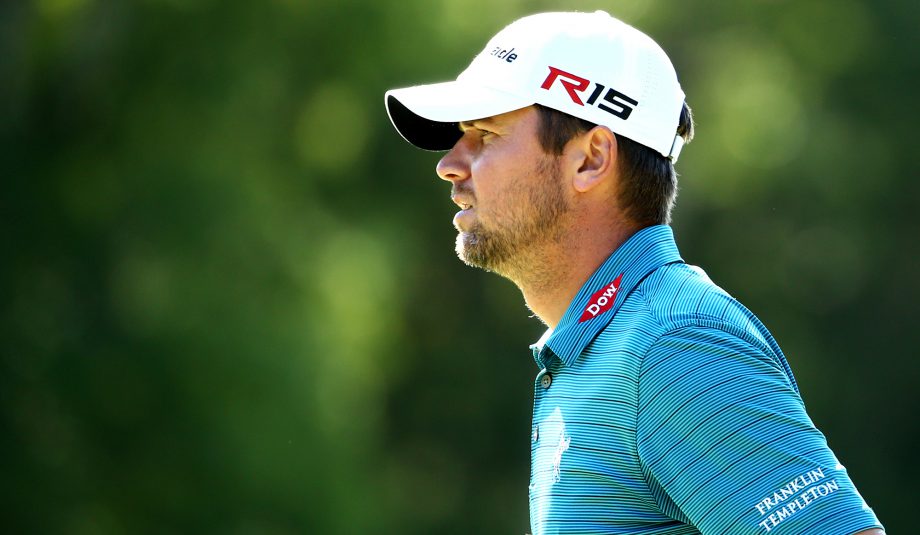 LAKE FOREST, Ill. – The best remaining players on the PGA Tour are north of Chicago for the third straight tournament that features an $8.25 million purse and a chance to claim the $10 million bonus for winning the FedEx Cup.

The rest are in North Carolina for the second event in the Web.com Tour Finals, which offers a $1 million purse and a chance to keep their jobs.

Less than a year ago, O’Hair finished another fruitless season and was relegated to trying to earn his full card back at the Web.com Tour Finals. He missed two straight cuts, and then came through in the third event with a tie for third that effectively locked up his job status.

And now he’s at the BMW Championship with Rory McIlroy, Jordan Spieth, Jason Day and the rest of golf’s biggest stars. O’Hair is No. 38 in the FedEx Cup, on the cusp of moving into the top 30 and advancing to the Tour Championship, which would get him into the majors next year and give him a mathematical chance at golf’s biggest payoff.

“This is not pressure,” O’Hair said Wednesday. “Pressure is trying to keep your job. This is opportunity.”

Pressure was what he endured a year ago after finishing 160th in the FedEx Cup and being relegated to the Web.com Tour Finals, his world ranking at No. 513 and his doubts about his future starting to fill his head.

It was his second straight year at the tour’s new version of Q-school. It wasn’t much fun.

The secret was to keep his game simple.

O’Hair realized that for too long, he was relying on too many people who offered advice and instruction on his game. He began leaning more on them than his own instincts, which ran against how he reached this stage in the first place.

He works with a club pro in Philadelphia, though more as a second set of eyes. O’Hair puts in the work on his own.

Wednesday was no different. He stuck to a strict schedule nearly three hours before his tee time in the pro-am at Conway Farms – a putting drill for 30 minutes, a visit to the physical therapist for stretching, range time and the pro-am. The time was filled more with concentration than chatter.

That’s the work ethic that made this year such a strong recovery.

It started in March when O’Hair made four birdies over the last six holes and saved par on the final hole for a 67 to get into a three-way playoff with Spieth and Patrick Reed in the Valspar Championship. He had a 12-foot putt to win on the second extra hole to win only for the ball to spin hard out of the lip, and then Spieth won it on the next hole with a 35-foot birdie putt.

Still, it was a boost that brought some stability to O’Hair’s game. He had another chance at the Greenbrier Classic, and he started the final round of the Deutsche Bank Championship on Labor Day two shots out of the lead and tied for fourth.

One more week like that and he’ll be at East Lake.

But that’s the goal of so many others this week at Conway Farms. Day, Spieth and Boston winner Rickie Fowler are virtually certain to be in the top five in the FedEx Cup going to Atlanta, meaning they only have to win the Tour Championship to claim the $10 million prize.

Henrik Stenson is at No. 4 after runner-up finishes in the opening two playoff events. Hunter Mahan is at No. 52 and is trying to keep alive his streak of never missing a playoff event since the FedEx Cup began in 2007. Harris English is No. 32. He missed the Tour Championship by one spot in 2013 and by two spots a year ago.

So there’s a lot at stake in an event that has no cut. It just doesn’t feel that way to O’Hair, who has turned one corner by getting into the FedEx Cup playoffs, which sure beats where he was at this time a year ago.

DIVOTS: BMW has become an official partner of USA Golf Federation for golf’s return to the Olympics next year in Rio. … The top three in the FedEx Cup will be grouped together – Day, Spieth and Fowler. They have combined for 11 wins worldwide and three majors this year, and Day (27) is the oldest in the group. … Sergio Garcia is playing in the FedEx Cup playoffs for the first time after sitting out the last two events. He fell from No. 31 to No. 54.