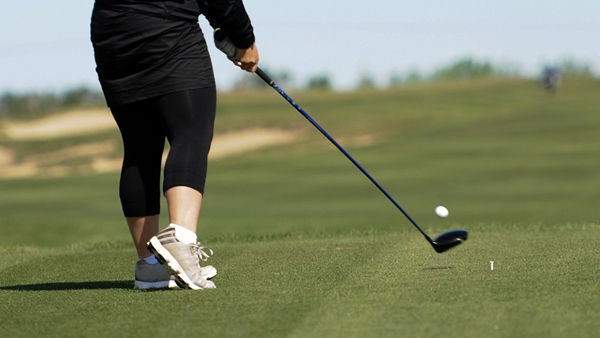 The 2014 winners originate from all areas of the province. This year the NSGA received bursary applications from a variety of Nova Scotian students and eight of these student golfers have been awarded bursaries to a total of $15,000.

With the increasing cost of post secondary education the NSGA decided to create a Bursary program to help its provincial golfers. This endowment program was renamed in 2007 in memory of the late Murray Purcell. Mr. Purcell worked with the NSGA for over 15 years and was instrumental in creating many of the programs that exist today, including the bursary program.

Congratulations to the following recipients:

Jordan Hirtle – $3000
The top bursary of $3000 is awarded to Jordan Hirtle of Grandview Golf and Country Club. Jordan is set to enter his first year of medical school at Dalhousie University in September. Mr. Hirtle has already obtained an undergraduate degree in science, and a Masters of Business Administration both from Dalhousie.

Erin MacIsaac – $2500
Erin is a member of Parrsboro Golf Club entering her 4th year at St. Thomas University where she is pursuing a science degree. Ms. MacIsaac is a dual athlete competing on the varsity hockey and golf teams.

Brett MacIsaac – $2000
Brett, who is a resident of Dartmouth, and plays at Parrsboro Golf Club is entering his first year of the engineering program at Dalhousie University. Mr. MacIsaac recently graduated from Dartmouth High School where he was a member of the volleyball, rugby, and golf teams.

Jeannine Philpott – $1500
Jeannine is a recent graduate of Hants East Rural High School, who is a member at Oakfield Golf and Country Club. In September Jeannine will pursue and undergraduate science degree in human kinetics at St. Francis Xavier with the intention of pursuing medical school afterwards.

Emily Cyr – $1500
Emily is a member of Abercrombie Golf Club and a recent graduate of Northumberland Regional High School. Emily will be attending Dalhousie University in the fall after being accepted into the Faculty of Science. Ms. Cyr hopes to pursue either pharmacy or occupational therapy during her time at Dalhousie.

Alex Feltmate – $1500
Alex is a member at Oakfield Golf and Country Club and will be returning for his third year of business studies at Acadia in September. Mr. Feltmate is an accomplished golfer competing at both regional and national events. In the future the Fall River resident hopes to open his own business within the sport and fitness industry.

Evan Starratt – $1500
Evan is a Truro resident who plays at the Truro Golf Club. In September Mr. Starratt will head to Acadia University to pursue a business degree where he hopes to one day to pair his business pedigree with his golf background.

Jake Lloy – $1500
Jake is a resident of Windsor and is a member at Avon Valley Golf and Country Club. Lloy is a experienced golfer competing in many NSGA events, and will look to continue his golf at St. Thomas University where he will pursue a degree in economics. Following his time at St. Thomas Mr. Lloy hopes to work in the banking and financial sector.