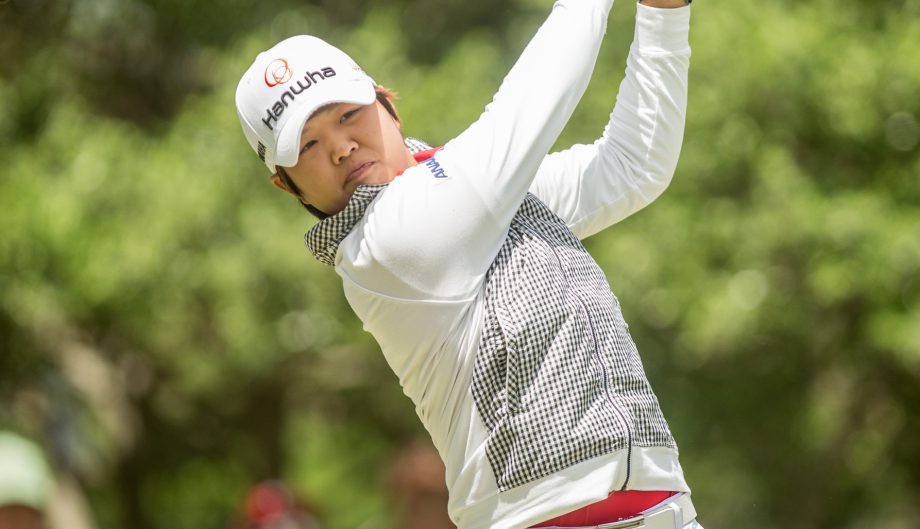 IRVING, Texas – Hara Nomura two-putted for birdie on the sixth playoff hole Sunday for her third LPGA Tour victory after Cristie Kerr briefly took the lead on the 72nd hole in the windy Volunteers of America Texas Shootout.

Nomura, the 24-year-old from Japan who lives in Hawaii, also birdied the par-5 18th hole at the end of regulation to force the playoff after giving up the lead for the first time with a double bogey at No. 17.

Kerr and Nomura finished regulation at 3-under 281 at Las Colinas Country Club, then played the 518-yard 18th six more times. There were five matching pars before Nomura finally won nearly 7 1/2 hours after starting her round, almost making an eagle before her tap-in and then the wait while Kerr’s 12-foot birdie chance slid left of the cup.

Nomura made the turn with a five-stroke lead before consecutive bogeys to start her back nine.

After Kerr birdied No. 17 with a 10-foot putt and was still playing the 18th, Nomura made double bogey at the par 3 for the second day in a row. That knocked Nomura out of the lead for the first time after also leading at the end of the second and third rounds, but her regulation-ending birdie got her into the playoff.

Jessica Korda shot a 73 to finish third at 1 under, a stroke ahead of Sung Hyun Park. Eun-Hee Ji, whose 70 was one of only two subpar rounds Sunday, tied for fifth with Angel Yin at 1 over.

It was the third consecutive day with challenging wind, but the most brutal with cooler temperatures in the 60s and winds steady over 20 mph with gusts of 40-45 mph. The scoring average Sunday for the 53 players left in the field was nearly 5 1/2 strokes over par.

While only two players finished the round under par, and none shot even-par 71, there were eight players who shot in the 80s. The day began with 16 players under par for the tournament, and that was cut to top three finishers.

Lexi Thompson tied for 17th at 4 over in her first tournament since a TV viewer-cited penalty imposed a day later cost her a likely victory in the LPGA’s first major of the season three weeks ago. She opened with a 69 before rounds of 72, 73 and 74.

Lydia Ko will remain the world’s No. 1 player for the 80th consecutive week, and for the 99th week in her career. She had to withdraw before the third round in Texas because of a swollen eye from an infection likely caused by allergies.

No. 2 So Yeon Ryu could have taken over the top spot in the world by finishing first or second, but had a closing 75 to tie for ninth. Ariya Jutanugarn, the third-ranked player who could have taken over No. 1 with a win, was a stroke off the 36-hole lead before consecutive weekend rounds of 76.