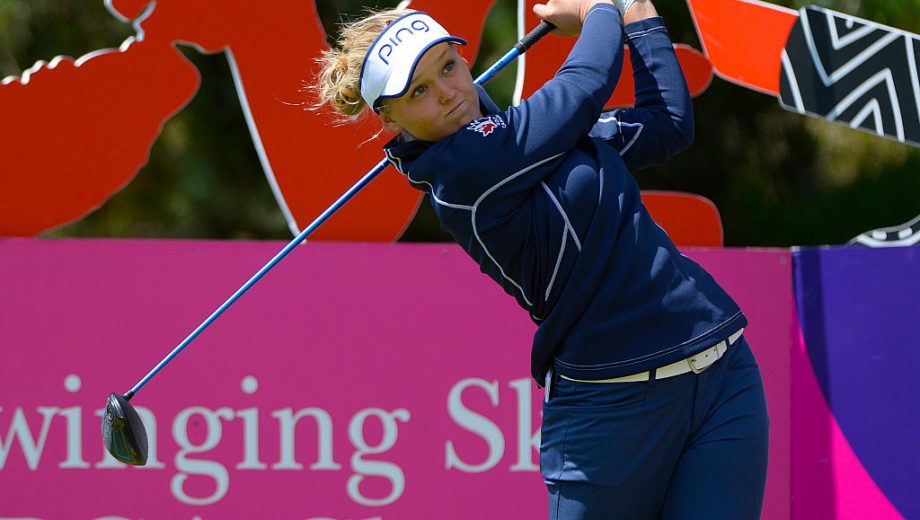 DALY CITY, Calif. – Haru Nomura held on in strong wind to win the Swinging Skirts LPGA Classic on Sunday for her second LPGA Tour victory of the year.

The 23-year-old Japanese player closed with a 1-over 73 in wind gusting to 35 mph at Lake Merced to finish at 9-under 279 and beat South Africa’s Lee-Anne Pace by four strokes.

Nomura had a rules scare Saturday. After her third-round 71, she met with rules officials to examine her play from an awkward stance on a slope in a bunker on the par-5 sixth hole. The officials decided no penalty was warranted for building a stance, leaving her with a par instead of a double bogey.

Pace finished with a 74.

Ko shot a 75 on her 19th birthday to tie for sixth at 1 under with Canada’s Brooke Henderson. Ko won the tournament the previous two years.

Henderson carded a final round 76 to pick up her 8th straight LPGA top 10 finish.

Michelle Wie withdrew because of neck spasms after playing the first 15 holes in 11 over. Wie was 16 over after opening with rounds of 73, 73 and 75.

She’s winless since the 2014 U.S. Women’s Open and hasn’t had a top-10 finish in 33 events. Last year, she struggled with left hip and ankle injuries. In 2014, she fought a stress fracture in her right hand.