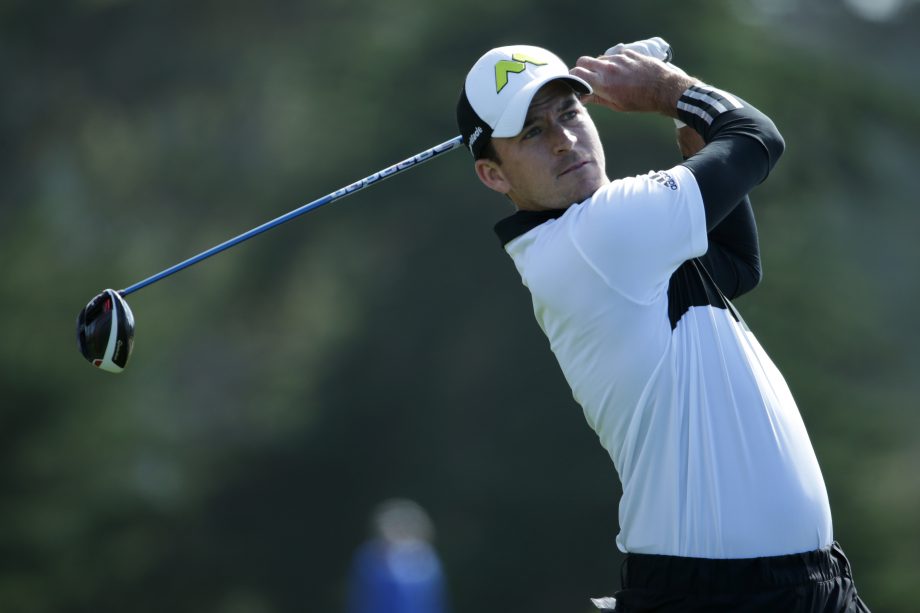 PEBBLE BEACH, Calif. – Jordan Spieth had a performance that matched the magnificent views – finally – at Pebble Beach on Saturday.

Spieth took only 10 putts on the back nine, closed with a pitch that checked up inches from the cup for another birdie and shot a 7-under 65 to open up a six-shot lead going in the final round of the AT&T Pebble Beach Pro-Am.

Starting out the round in the weather-delayed event tied with Jason Day and Derek Fathauer, Spieth never gave anyone a chance.

Following his only bogey of the round – a 7-iron over the cliffs on No. 8 that narrowly stayed up in the rough above the putting surface – he ran off three straight birdies, made a tough, curling 6-foot par putt on the 12th and then closed with three birdies and another tough par save on his last four holes.

Brandt Snedeker did his part with a 30 on the front nine – he started on No. 10 – for a 67 to pull within two shots when he finished.

Snedeker, trying to win at Pebble Beach for the third time in five years, was at 11-under 204 and will be in the final group with Spieth, along with their amateur partners. Spieth is playing with country singer Jake Owen, while Snedeker’s partner is Nashville businessman Toby Wilt.

Dustin Johnson spent three days with Spieth and couldn’t keep up, at least not on the greens. The U.S. Open champion made three birdies over his last six holes and saved par from a shot into the Pacific Ocean on No. 18 for a 66. He was seven shots behind.

Among the Canadians making the cut, Nick Taylor of Abbotsford, B.C. and Mackenzie Hughes of Dundas, Ont., both head into Sunday T11 at 7-under. Taylor’s third round 68 featured a mix bag that included two eagles, three birdies, two bogies and a double bogey while Hughes caught fire with seven birdies through 17 holes before a triple bogey on 18 dropped him back to 4-under on the day.

Adam Hadwin, also of Abbotsford, was 4-under on the day and 5-under overall (T16) while Brad Fritsch of Manotick, Ont. rounds out the Canadian scoring at 4-under (T28) after shooting 69 on Saturday.