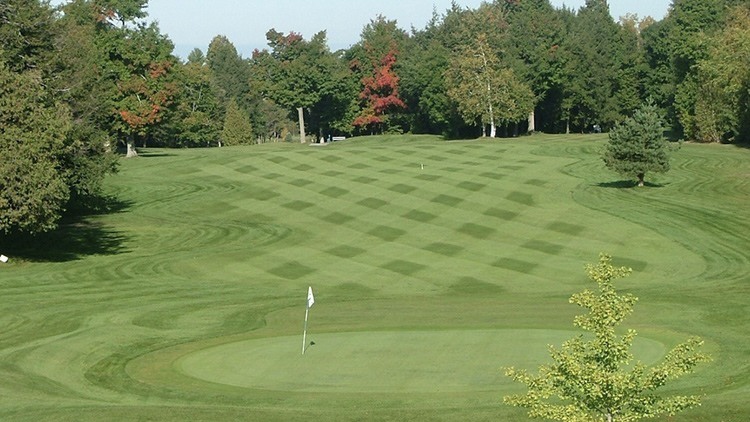 Practice rounds are scheduled for June 27, before the official 54-hole tournament gets underway on June 28. Play is scheduled to wrap up on June 30.

The starting field will feature 119 players – 90 Junior Boys and 29 Junior Girls – vying for a spot in their respective Canadian Junior Championship later this summer.

After 36 holes, the field will be reduced to the top 50 Junior Boys and top 20 Junior Girls, including ties.

Club de Golf Hemmingford (Village Course) is a hidden gem, about an hour south of Montreal and a Rory McIlroy tee shot north of the United States border. In 1965, the property originally opened as a 9-hole golf course, before an additional nine were added to the track in 1967, but it wasn’t until 1968 that Hemmingford officially opened as an 18-hole establishment. Now, the club is home to 36 holes, including the 6,655-yard championship course that will challenge junior golfers at the NextGen Quebec Championship. players will require strategic excellence to manage their way through the Village Course and onto the podium in La Belle Province.

For past results of the 2022 NextGen Championships, fueled by JOURNIE Rewards: Pacific | Ontario | Western | Prairie

Additional information about the 2022 NextGen Quebec Championship can be found here.

When looking for Léonie Tavares on any leaderboard, don’t look past the top-five, because chances are you won’t find her. The 11-year-old phenom, who won’t graduate high school until 2028 (!), has already taken her golf game south of the border. Not only did she compete, but she was crowned champion of the Girls 9-12 division at the Ocala Open on the Florida Junior Tour with rounds of 72 and 69, respectively. Prior to that, at the mere age of 10, the rising star won the club championship at her home course of Glendale in Mirabel, Que.

Samuel Breton-Gagnon was near perfect at Golf Château Bromont for the 2022 University/College National Championship at the end of May but fell just short in the final round. The 18-year-old carded rounds of back-to-back five-under 67, contributing to a T2 finish against the country’s elite collegiate golfers. The Quebec native was also part of the Champlain St Lawrence Lions team that captured the 2021 CCAA Golf National Championship, an event in which he also recorded an 8th place finish in the individual competition. Breton-Gagnon has proved he can go low, and he’ll look to do so again in Hemmingford.

This Team Canada National Junior Squad member won just about everything there was to win in Quebec in 2021, including the Junior Girls Championship and the Junior Girls Match Play. Additionally, the 18-year-old registered at T8 finish at last year’s Canadian Women’s Amateur Championship. Simply put, Lavoie knows her way to the top of the leaderboard, and she will bank on her winning experience at the NextGen Quebec Championship this week.