Next Gen: The next opportunity for high performance golf 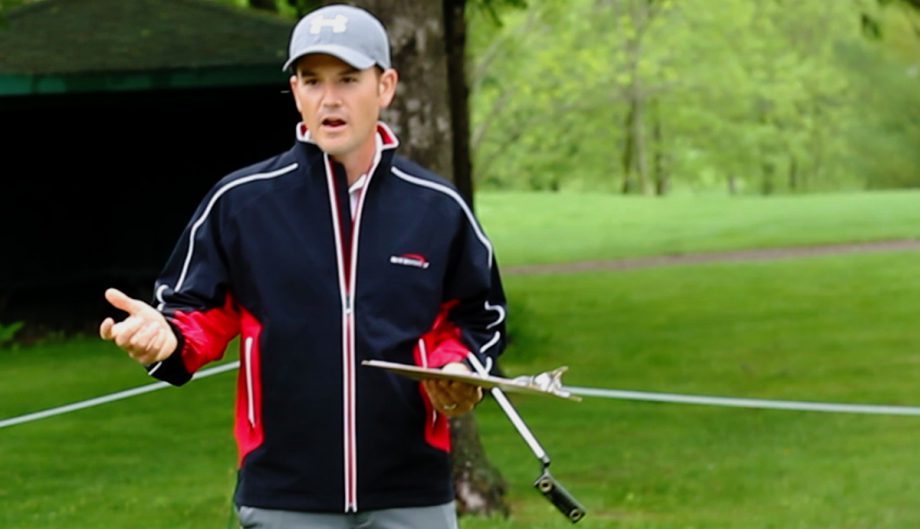 Six months after golf made its historic return after 112 years to the Olympic Games, Golf Canada is adding a new layer to its high-performance programming to improve its support of its next generation of Canadian golfing talent.

What is “Next Generation” programming? Simply put, it’s about improving the support for, and taking an aligned approach to, players demonstrating performance characteristics, as well as recognizing and supporting the coaches working with those players.

Depth of talent can have a direct impact on success at the highest levels of international competition. Ensuring we have stronger alignment in our development strategy across the country is critical.  It is important for Golf Canada to have line of sight to upcoming performance players—ensuring they are getting the support required to make the best decisions possible with respect to their training and competition.

The focus of Golf Canada’s Next Generation strategy is to grow the number and improve the quality of players moving through the Canadian golf development system, ultimately strengthening the pipeline of athletes considered to represent Team Canada at every level.

“We have identified a gap that exists when we look at the level of our junior golfers versus international benchmarks,” said Thompson. “A greater focus on next generation activities provides the ability to build a stronger pool of performance coaches, enhance dialogue amongst coaches and share best practices. The end goal is a deeper roster of athletes capable of success against the world’s best at every level of international competition.”

Strongly supported by Own the Podium, Next Generation is about identifying high potential athletes earlier in their competitive path—developing champions more often by design and not by chance.

The process involves working in lock step with the provincial high performance programs as well as PGA of Canada coaches supporting aspiring talent in communities across the country.

Following a comprehensive national and international search, PGA of Canada member Matt Wilson of Newmarket, Ont. has been hired by Golf Canada as Director, Next Generation Performance.

Wilson, who has garnered coaching and high performance experience both in Canada and the United States, will work closely with provincial golf associations and PGA of Canada professionals as well as Golf Canada’s National Team Coaches and Sport Science consultants to further develop and execute on Next Generation initiatives, all of which will lead to building a stronger Team Canada program.

“Matt brings a unique skill set to this newly created position, which we feel will be critical in ensuring Canada continues to fill the pipeline with high performance athletes,” said Thompson. “He is an experienced PGA Class A professional and one of few PGA of Canada members to have received his certification in both Coach of New Competitors and Coach of Developing Competitors. With Matt’s experience and skill set, Next Generation activities will play an important role in strengthening both the depth and level of Canada’s high performance players, whether that is at the club, provincial level and ultimately through to our National Team programs.”

Wilson is familiar with Golf Canada’s National Team program having captained Team Canada at both the 2015 and 2016 Toyota Junior Golf World Cup in Japan and assisted Team Canada coaches at various training camps as well as the 2016 Canadian Men’s Amateur Championship.

He is the recipient of numerous teaching and coaching recognition awards, most recently being named by Golf Digest as one of the Best Young Teachers in America and by US Kids Golf as a Top-50 Kids Teacher (2014 & 2015; honorable mention in 2011 & 2012).

“I am thrilled to be joining Golf Canada.  The opportunity to have a positive impact on Canadian golf and continue to build on the tradition and history of excellence that has been established is incredibly exciting. As a coach, I’ve stressed to athletes that growth stems from the pursuit of incremental improvement and the aggregation of marginal gains. To me, the Next Generation initiatives and focus on supporting a broader pool of athletes and coaches, represent a way for Golf Canada to continue to improve the quality of our international performances and ensure long-term success.”

As an accomplished golf coach, Wilson has an established track record of successfully elevating the performance of developing competitors as well as facilitating personal-best performances at the Junior, NCAA, Amateur, and Professional levels.

He has most recently served as Director of Instruction at La Rinconada Country Club in Los Gatos, California (June 2014 to present) where he managed a junior golf development program that supports eight national, 14 regional level athletes and 30 club level athletes with holistic, year-round programming. He has also coached multiple athletes competing full-time on the LPGA and Symetra Tours, and has been a volunteer assistant coach with the Stanford University men’s golf team since January 2015.

Wilson earned a Bachelor of Arts (Honors) from Long Island University in Brooklyn and was a NCAA athlete and captain on the men’s golf team. He is currently working towards a Graduate Certificate in High Performance Coaching and Technical Leadership from the University of British Columbia.