Nelly Korda shoots 69 to share 3rd round lead in Taiwan 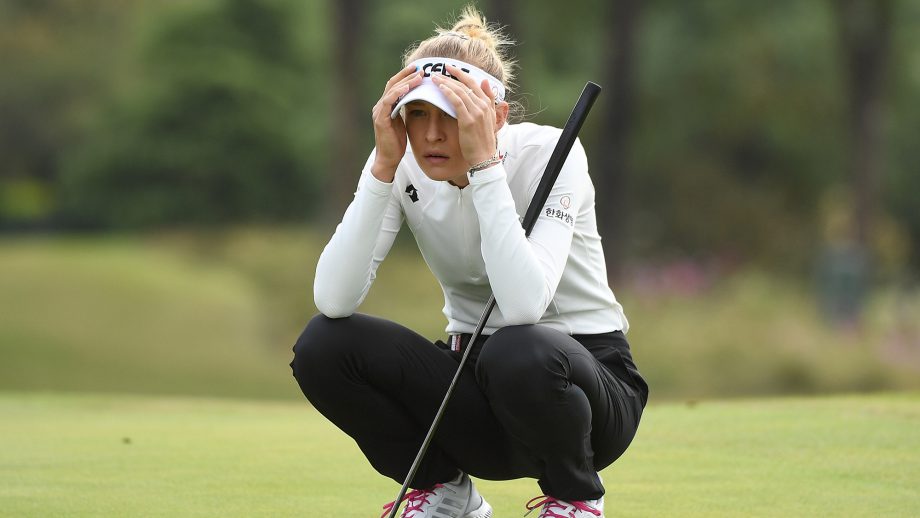 TAOYUAN CITY, Taiwan – Nelly Korda shot a 3-under 69 to share the lead with Wei-Ling Hsu after three rounds of the LPGA Taiwan Championship on Saturday.

Playing in front of a home crowd, Hsu finished with an even-72 on Saturday after shooting 68 and 67 in the first two rounds.

Korda and Hsu have a total of 9-under 207 and both will be looking for their first LPGA titles in Sunday’s final round at the Ta Shee Golf and Country Club.

“I think I’ll definitely be a little nervous,” Korda said of Sunday’s round. “Anyone who is in contention on a Sunday will obviously feel those types of feelings. But I’ll also be excited and just happy to be in that position.”

Korda will be playing in the final round with Hsu, who she knows will be the crowd favourite.

“Wei-Ling was playing right behind me (today), but you heard a couple roars,” she said. “I think it’s awesome to see how much they support women’s golf out here and just how they support a home player is really great. It’s really nice to see.”

Korda, the sister of fellow LPGA player Jessica Korda, dropped a shot on No. 13 but birdied two of the last five holes to move into a tie atop the leaderboard.

“There’s a lot of girls stacked up on the leaderboard,” Korda said. “So you know, I’m just going to be one of those girls that’s fighting for it.’