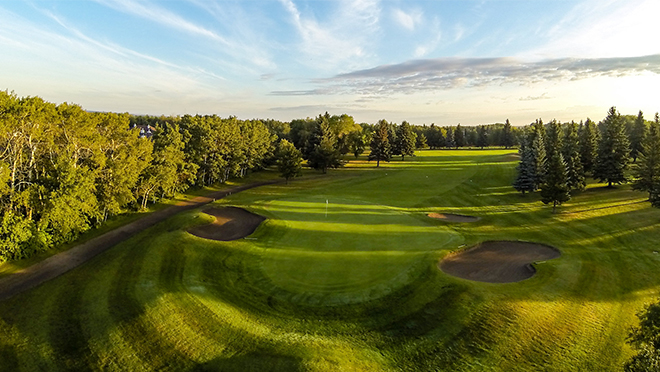 LEDUC, Alta. – The 66th Canadian Junior Girls Championship will return this year from July 20-23 at Leduc Golf Club in Leduc, Alta., a year after the pandemic forced a cancellation of Golf Canada’s 2020 competitive season.

The 72-hole event kicks off the return of Golf Canada’s National Amateur Championships. The last tournament was conducted in September of 2019.

This year 11 of Canada’s top 50 players in the World Amateur Golf Rankings (WAGR) will travel to Leduc Golf Club for the championship, including Luna Lu (Burnaby, B.C.), who finished ninth in the 2019 event.

The Canadian Junior Girls Championship is a 72-hole stroke play event, that features a 36-hole cut for the low 70 players and ties. In the event of a tie at the end of four rounds, there will be a hole-by-hole playoff immediately following completion of 72-holes.

A practice round will be conducted on July 19, the day before competition begins.

Leduc Golf Course was founded in 1961 as a nine-hole course. Now, it’s an 18-hole course with over 6,000 yards of fairways—some tree-lined and some with water hazards and sloped greens.

Nicole Gal
Also from Oakville, 16-year-old Nicole Gal rounds out the National Junior Squad members in the field. In 2020, Gal finished runner-up at the Ontario Junior Girls Championship to fellow Oakville golfer, Cranston, and finished in a tie for eighth at the North & South Junior Amateur. In 2019, Gal won the Drive, Chip and Putt Championship in the Girls 14-15 division.

In 2019, Euna Han of Coquitlam, B.C., set a new course record at the host course, Lethbridge Country Club during the Canadian Junior Girls Championship by shooting an opening-round 64.