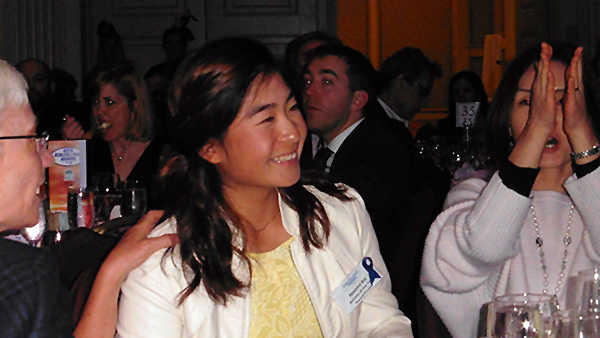 Victoria, B.C. native and Team Canada Development Team member Naomi Ko was named her home province’s Junior Female Athlete of the Year at the Fairmont Hotel Vancouver. She won out over cyclist Maggie Coles-Lyster and swimmer Emily Overholt for the honour.

An enthused Ko graciously accepted the award and recognized her loved ones for the important role they have played in her success. “I want to thank my family for always supporting me and giving me unconditional love. I’m really honoured to win this great award.”

Mother Adriana, father Tony and younger brother Ethan beamed with pride as the 17-year-old secondary student was honoured following a successful season on the links. Ko took home the 2014 B.C. Junior Girls’ Amateur Championship and was runner up at the B.C. Juvenile Girls’ tournament. On the national stage, she finished T40 in the Canadian Women’s Amateur, third in the CN Future Links Pacific Championship and topped the field at the CN Future Links Ontario Championship.

“I have been working with (national team coach) Ann Carroll and I am very proud to be a Team Canada member. I’ve had some good results and I think it all started when I made Team Canada,” said Ko. “My goals for this year are to compete in more women’s amateur events, both provincially and nationally.”

One of Ko’s next challenges will see her head south of the border for the friendly confines of North Carolina State. She joins a program which has shown an impressive pedigree in nurturing Canadian talent. “I know this year’s team has Augusta James and Vivian Tsui on it and I know that Brittany Marchand and Amanda Baker also did well there.”