Morikawa leads at Muirfield Village on day suspended by rain; Taylor 2 shots back 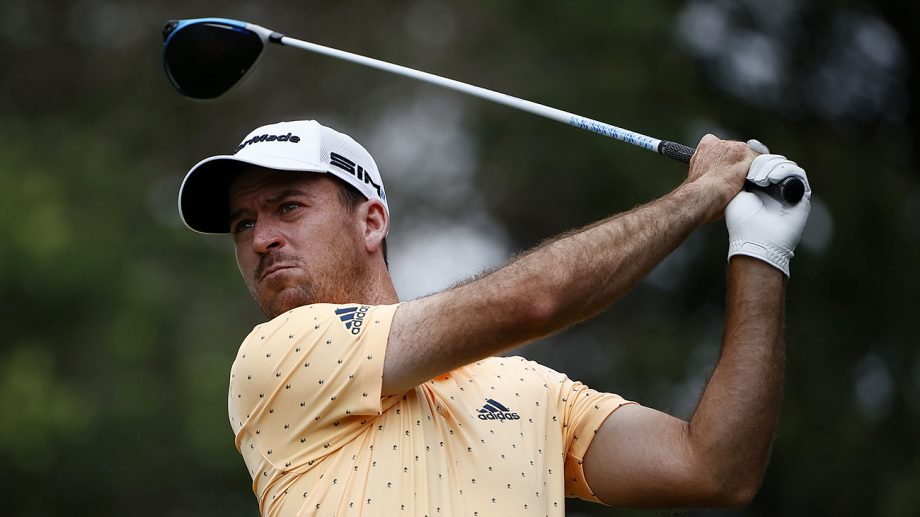 FORT WORTH, TEXAS - MAY 27: Nick Taylor hits his tee shot on the 9th hole during the first round of the Charles Schwab Challenge at Colonial Country Club on May 27, 2021 in Fort Worth, Texas. (Photo by Tom Pennington/Getty Images)
Associated Press

DUBLIN, Ohio (AP) – Collin Morikawa had another favorable result at Muirfield Village on a golf course that looked and sounded a lot different from when he won last year.

Morikawa felt good vibes from an old putter and posted a 6-under 66 in rain-softened conditions Thursday morning at the Memorial. That gave him a one-shot lead over Adam Long among early starters, with Xander Schauffele in the group two shots behind.

Nick Taylor of Abbotsford, B.C., shot a 4-under 68 to put him two shots back of the lead. Corey Conners of Listowel, Ont., and Adam Hadwin of Abbotsford both shot a 74. Mackenzie Hughes of Dundas, Ont., shot a 77.

The weather was bad enough that the first round was suspended twice, with only half the field finishing the round.

For Morikawa, the name of the tournament is different, too. He won a playoff at Muirfield Village last year in the Workday Charity Open, a one-time event to replace the pandemic-canceled John Deere Classic.

But there’s a comfort level at the course Jack Nicklaus built, no matter how much it has been renovated and reshaped. And it was noisy Thursday as the tournament has let at least 25% capacity of fans on the course.

Jon Rahm is the defending champion at the Memorial and faced a far stronger test. Nicklaus knew he was going to be redoing the fairways and greens, so he let them go for the Memorial and conditions were as tough as a U.S. Open.

Rahm did OK in the soft conditions with a 69, tied with British Open champion Shane Lowry, Justin Thomas and Rickie Fowler, who needs a runner-up finish to move into the top 60 in the world ranking and avoid U.S. Open qualifying on Monday.

Jordan Spieth, Bryson DeChambeau and Rory McIlroy didn’t make it past a couple of holes before the weather stopped everything. They were to return Friday morning to finish the first round, and then right back out for the second round.

The forecast was better for the rest of the week, and darkness doesn’t set in until about 9 p.m.

What made Schauffele’s round interesting is that he used the controversial arm-lock method to putt. It’s a putter he’s only had for about a week. He’s among the best statistically putting. And he things the putting style should be banned.

It’s the method used by DeChambeau, Matt Kuchar and Will Zalatoris, among others. Most players believe it is no different from anchoring the long putter against the sternum, a style the R&A and USGA outlawed.

But if the rules makers are allowing it, Schauffele figures he might as well do the same.

Kuchar, meanwhile, withdrew when he was 9 over after 14 holes for what the PGA Tour described as a left forearm injury.