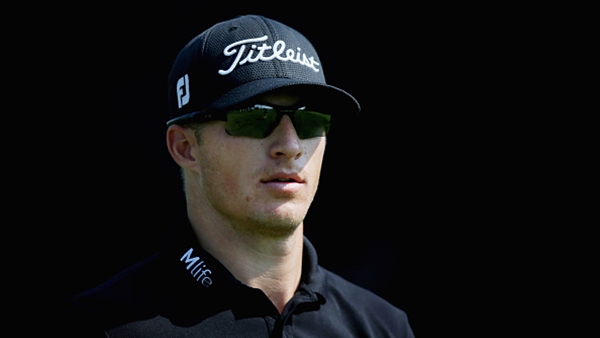 ORLANDO, Fla. – Equipped with his first PGA Tour lead in 67 starts, Morgan Hoffmann played Friday like he wanted to keep it in the Arnold Palmer Invitational.

Hoffman made birdies on half of his holes for a 7-under 65, giving him a three-shot lead over Henrik Stenson, Harris English and defending champion Matt Every going into the weekend on soft and defenseless Bay Hill.

Stenson, English and Every each had a 66.

Rory McIlroy also got into the mix – finally – by making five straight birdies on his back nine for a 66, his first sub-70 score in three PGA Tour events this year. He was five shots behind and headed in the right direction in his final start before the Masters.

Bay Hill has greens that are so stressed that they will be replaced this summer. They are slow and receptive, a recipe for low scoring, and it shows.

“I’m trying to birdie every hole out there, so it was good,” Hoffmann said. “Just hitting great putts and good shots into the greens really helps. It’s nice to hit some greens for a change. This year hasn’t been that great, and it’s a good change.”

The 25-year-old from Oklahoma State made six birdies on the front nine, including four in a row, and he finished with a 6-iron out of the rough and over the water – the ball landed just four paces onto the green – for a par that kept him in control.

Hoffmann came into the week at No. 158 in the “strokes gained” statistic from tee-to-green. He leads the field at Bay Hill.

Next up is how well he holds up on the weekend.

Stenson, who has finished fourth in his two Florida events already, birdied his last four holes for a 30 on the back nine. He will be playing in the penultimate group with English, who is No. 52 in the world just outside qualifying for the Masters.

“Got to keep the pedal down and keep aggressive,” English said.

He is coming off a top 10 at Innisbrook in which he closed with a 65, which moved him up eight spots in the ranking.

McIlroy had dinner with Palmer on Thursday night and was treading water Friday morning until an 18-foot birdie putt on the par-3 second hold got him going. He birdied the next four holes, though he lost some momentum at the end with a bogey on No. 8 and a scrambling par on his final hole.

“It would be nice to finish the round off a little better, but still a good score and sets me up well for the weekend,” McIlroy said. “I think each and every day I’m feeling a little more comfortable, especially on the greens. Obviously, we played in the morning so we got the best of the greens, and it’s easier to trust the lines you pick for yourself. But happy with how I putted today, and putt like that over the weekend, I’ll have a chance.”

A lot of that depends on Hoffmann, who is coming off a pair of 12-hour range sessions this weekend to try to rely on a slight fade.

Every has only one top 10 since he won at Bay Hill a year ago, and he has not finished in the top 25 in his last 17 tournaments. But he is confident he is headed in the right direction with his swing, and it showed for two days. He ran off four straight birdies at the end of his round for a 66 and was at 134.

“I’m really excited to play golf because I know I have good stuff coming really, really soon,” Every said. “And I said before, you can lie to yourself. I’ve done it before all the time where I think I can win at the start of weeks. It’s like probably how Rory feels every week.”

McIlroy, playing in Palmer’s tournament for the first time, had dinner with the King on Thursday night after his opening round (and a drug test). They chatted more about commercial possibilities and old-time golf stories than McIlroy’s bid to win the Masters and complete the career Grand Slam.

Palmer also insisted the 25-year-old McIlroy have a banana split.

“I’ll be going to the gym this afternoon,” McIlroy said. “It was fantastic, it really was. He’s telling stories of the old days and talking about a few of the things he’s done more from a commercial standpoint, the drink and golf courses and all this sort of stuff – stuff that I could potentially be getting into in the future.”

He said Palmer also told him how close he was to his father.

Canada’s Nick Taylor fared well Friday, carding a blazing 7-under par 65 to jump 67 spots up the leaderboard into a tie for 40th at 3-under.