More than a score 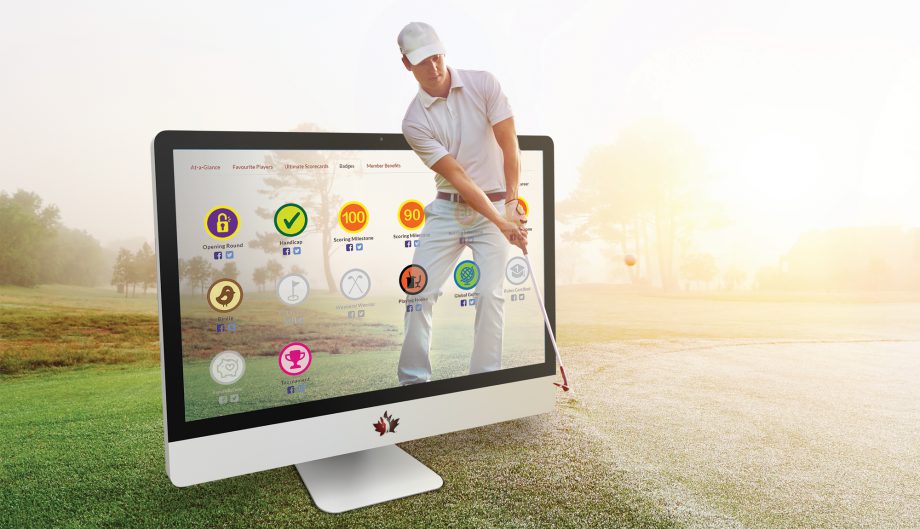 The Golf Canada Score Centre was initially developed for golfers to post their scores and track their Handicap Factor. While that still remains its core use, additional features implemented have dramatically increased the portal’s popularity. In fact, each golf season Golf Canada members post more than seven million scores into the system from Canada and around the world.

With the vast number of users and significant number of scores, Golf Canada recognizes the importance of system development. That’s why we’ve worked hard to make the Score Centre available through three platforms: GolfCanada.ca, the Golf Canada mobile scoring app and at club kiosks nationwide. Each channel has been specifically designed to give golfers convenience in posting their scores.

It used to be that the only way to submit a round was through an adjusted gross score, where players had to make all the Equitable Stroke Control (ESC) adjustments themselves. However, in 2016, we added several new features, such as the ability to post scores hole-by-hole (HBH), where the system will automatically adjust for handicapping purposes based on a player’s current Handicap Factor.

This has greatly enhanced the experience for golfers tracking scores. Members can even add game statistics, and there are tools provided to also track birdies, pars and bogeys, so you can compare your rounds year-by-year and retrieve a performance report in your account. We’ve seen many golfers take advantage of these features, with more than one million rounds posted HBH in 2016.

Hole-by-hole posting also unlocks such things as an Ultimate Scorecard and Badging, where members are rewarded with achievements and personal bests via our system and membership. The Ultimate Scorecard allows a golfer to track their best possible round at a golf course throughout a season, simply by utilizing the HBH posting method. If a golfer plays at a course more than once during the year, the system will take the lowest HBH scores from each round and create the ultimate scorecard for the golfer. It gives a player the opportunity to let go of a bad hole here and there and see the overall best score they played at a course during the year. Some golfers may know this as a ringer card.

Badging brings about a mix of achievements a golfer might reach throughout their golf season and career as well as fun acknowledgements within the game. Badges are awarded each season, along with a career tally similar to a trophy case. Did you play your first round this season? By simply posting your score, your Opening Round badge will light up in your account. Once a golfer posts their first five 18-hole scores, their Handicap Factor badge will appear too. For those who play on weekends, they can earn a Weekend Warrior badge by playing three weekend rounds during the season. Other badges are dedicated towards scoring milestones and acknowledging golfers being Rules Certified. Each badge has a simple explanation on how you can unlock it through the season.

These features can be found on the main landing page of the Golf Canada Score Centre once logged in. If you are a social media buff, you also have the option to share your achievements via Facebook and Twitter to celebrate and socialize with fellow golfers. We encourage you to try posting hole-by-hole to experience some of these new features. In doing so you may see that you have played that pesky par 4 better than you thought. Or maybe you deserve a pat on the back for breaking 90 for the first time. The Golf Canada Score Centre does much more than crunch a Handicap Factor. It allows you to track your game in many ways, and helps you celebrate your golf achievements throughout the season and your career.

This article was originally published in the April 2017 edition of Golf Canada Magazine. Click here to view the full magazine.