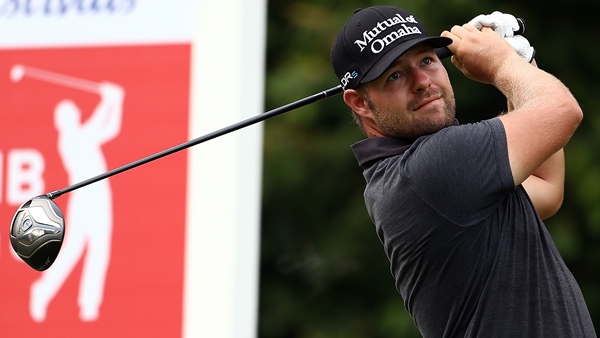 KUALA LUMPUR, Malaysia – Defending champion Ryan Moore will draw on the experience of last year’s narrow victory when he enters the final round of the CIMB Classic on Sunday tied for the lead with Kevin Na.

Both Americans shot rounds of 5-under 67 on Saturday. Moore had seven birdies against two bogeys while Na had a bogey-free round with five birdies to move to 12-under 204 in the jointly sanctioned PGA Tour and Asian Tour event at Kuala Lumpur Golf and Country Club.

They were a shot clear of the field’s top-ranked player Sergio Garcia, who repeatedly scrambled from difficult situations to salvage pars on the back nine and finished with a round of 68.

Garcia was level on 11-under with second-round leader Billy Hurley III who had a 71 on a day that included a 2-1/2 hour rain delay.

They had a two-shot break on the next group of four players at 9-under: American trio Gary Woodland (66) – last year’s runner-up – Kevin Chappell (70) and Kevin Streelman (71) plus South Korea’s Sang-moon Bae (68).

Moore said last year’s playoff victory over Woodland gave him the belief that he can do it again Sunday and become the first player to defend a PGA Tour title since Tiger Woods won the Arnold Palmer Invitational in 2012 and 2013.

“It can only be a positive,” Moore said. “I’ve been here and done it on this course, so that should give me that little extra confidence going into tomorrow.”

Na has one previous PGA Tour title win, at the Shriners’ International Hospitals for Children Open in 2011. He pulled out of that same event last month due to illness and a back injury, but has shown no sign of discomfort here.

He does have a previous tournament win in Malaysia on his resume, taking out the Volvo Masters of Asia as an 18-year-old in 2002. Na forecast that 17-under should be enough to win the tournament, but faces stiff competition in a tightly-packed field of leaders.

“Sergio, Ryan Moore, Kevin Streelman, Chappell – any of those guys can get out there and play well,” Na said. “You can’t set yourself an opponent, you have to play the golf course.”

Neither leader has a great record at defending leads on the final day. Moore has led or been tied for the lead five times previously, converting into wins twice while missing out three times, including the Travelers Championship earlier this year.

Na has been in that situation three times before and the Shriners’ was his sole victory.

Garcia has the edge on both for experience of title showdowns and kept himself in contention again with some impressive scrambling. The Spaniard repeatedly found trouble off the tee, twice having to take penalty strokes yet salvaging par.

“I’m not trying to hit shots like that but sometimes it happens,” Garcia said. “After the rain, the greens were much slower, and I three-putted on 11 for bogey and then I made some nice saves.”

The round of the day belonged to Brendon De Jonge, who had a 7-under 65 to move within four shots of the lead. The Zimbabwean lost the playoff at last week’s McGladrey Classic.

Former top-ranked Lee Westwood was hurt most by the rain delay. He was in contention at 9-under when the course was cleared for a thunderstorm, but had four bogeys in eight holes after the resumption.

Each of the first three days have had long delays due to storms, and more are expected Sunday, with a potentially critical effect on the title contenders.

“It’s tough on all of us, starting and stopping,” Moore said. “It’s like another round of golf. You are starting again and you don’t have that rhythm and momentum of your round.”