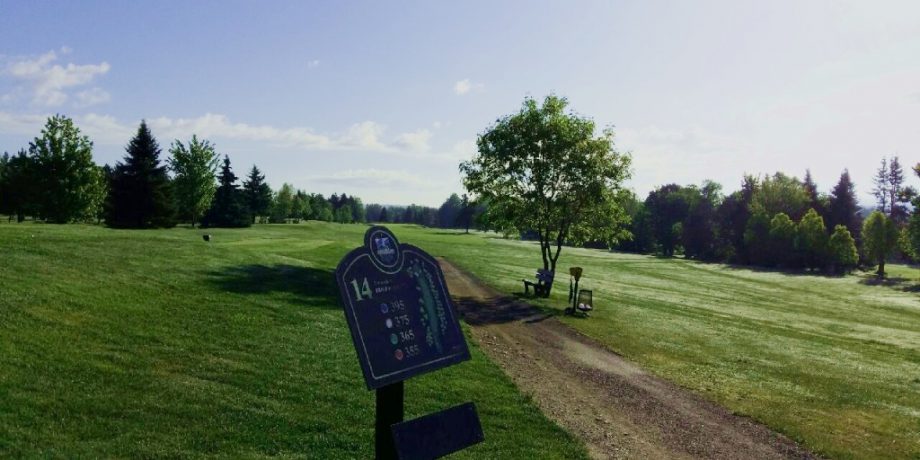 BEAUCEVILLE, Que. – Clear skies and good weather brought ideal playing conditions to the second round of the CN Future Links Quebec Championship. First round co-leader Monet Chun took sole possession of the Junior Girls’ top spot, while Callum Davison moved up from second place to lead the Junior Boys into the final round.

Chun, a product of Richmond Hill, Ont., tallied four birdies across her first 11 holes to card a 2-under 70 on the day. The 15-year-old reached 2-under in the competition to extend her advantage by four strokes.

Noemie Paré of Victoriaville, Que., matched Chun’s 2-under day. The 18-year-old’s 4-under back nine comprised of two birdies and an eagle on the par-4 13th catapulted her into second place.

First round co-leader Alyssa DiMarcantonio of Maple, Ont., shot 76 and sits third, while Meghan McLean of Port Williams, N.S., holds fourth-place after carding a 71. Completing the Top-5 is Céleste Dao of Notre-Dame-de-L’Île-Perrot, Que., who is 6-over after equaling DiMarcantonio’s round of 76.

A new leader took hold of the Junior Boys division as Davison shot a 67 to secure a 5-under-par, one-stroke lead. The Duncan, B.C., product notched back-to-back birdies on holes 4 and 5, then another pair on 11 and 12, before adding an eagle on the par-5 16th. Mascouche, Que., resident Marc-Antoine Hotte matched Davison’s eagle on the same hole and sits second after a round of 68.

One week removed from his victory at the CN Future Links Ontario Championship at Midland Golf & Country Club in Midland, Ont., Brandon Lacasse equaled Davison’s 4-under 67 to take sole possession of third place. The native of Châteauguay, Que., drained four birdies in a bogey-free round.

Exemptions into the 2016 Canadian Junior Boys Championship will be awarded to the top six finalists in the Junior Boys division. The event will be contested at Clovelly Golf Club in St. John’s N.L., from August 1-4. In the case of ties, exemptions will be decided via a hole-by-hole playoff. All those in the Top-6, including ties, in the Junior Girls division will gain entry into the Canadian Junior Girls Championship at The Links at Penn Hills in Shubenacadie, N.S., August 2-5.

The final day of competition will see the first round of Junior Boys tee-off at 7 a.m. before the Junior Girls take to the course at 11:20 a.m. The second round of Junior Boys will begin play at 1 p.m. Additional information, including pairings and up-to-date scoring is available here.