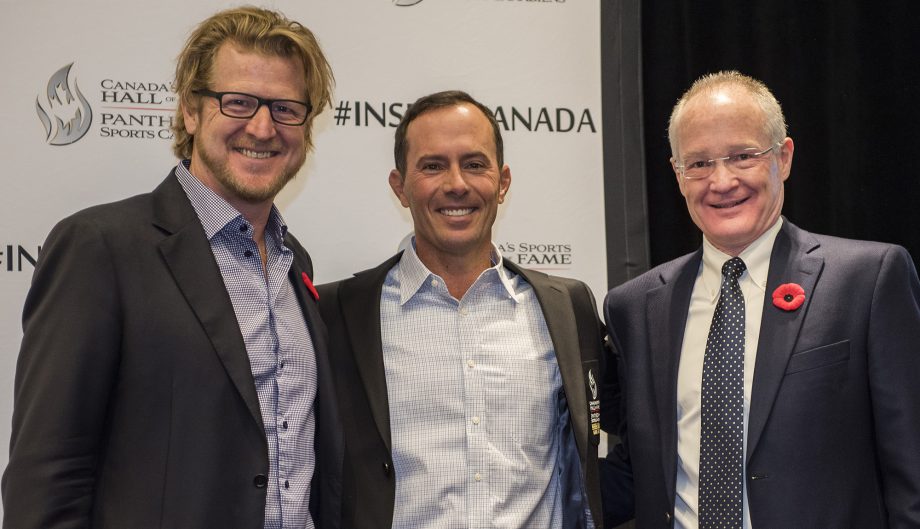 Canada’s Sports Hall of Fame revealed the six Athletes, one Team, and two sport “Builders” who will make up the Class of 2017. Induction into Canada’s Sports Hall of Fame is considered the country’s highest sporting honour and reinforces the incredibly successful athletic careers of the nominees. This year’s Class has broken down barriers, blazed new trails, and served as proud international ambassadors for Canadian values. Each of the inductees selected to join the Class of 2017 have fostered inspiration both on and off the field of play, using sport as a platform to build a better country for their fellow athletes and all Canadians.

In attendance, on behalf of the Government of Canada, the Honourable Carla Qualtrough, Minister of Sport and Persons with Disabilities, officially welcomed the Class of 2017.

“On behalf of our government, I offer my heartfelt congratulations to all the 2017 inductees to Canada’s Sports Hall of Fame. What an amazing group of sport leaders. Thank you for the contributions you have made to sport and for helping build strong, inclusive and active communities for all Canadians, especially our young people.”

“We are thrilled to announce the Class of 2017 – a class that features Canada’s greatest Indigenous, National, Olympic and Paralympic sport heroes who will inspire Canadians in sport and life. This group of people is a great reflection of Canada’s rich 150 year sporting history” said Mario Siciliano, President and CEO, Canada’s Sports Hall of Fame.

Mike Weir, one of Canada’s best golfers, hailing from Sarnia, Ont., was the first Canadian to ever win the prestigious Masters Tournament. Like many young Canadians, Mike first dreamed of playing professional hockey, but his path changed when he held his first golf club.  Golf intrigued Mike because of how challenging the game was and how much hard work it would take to succeed. His determination became clear as a star on the Brigham Young University golf team. This same determination would also help him achieve success in the early years of his professional career on the Canadian Tour where he won Rookie of the Year Honours in 1993 and led the Order of Merit in 1997, before reaching the PGA Tour in 1998.

Mike won his first PGA TOUR title in 1999, the first Canadian to win on native soil since 1954. Mike would go on to win seven more PGA titles including his 2003 Masters victory. Mike has beaten the odds his entire career, with doubters saying he was too small or not powerful enough. He silenced the critics in 2003 when he walked away with the green jacket and became a Canadian hero in the process.

Mike has distinguished himself not only with his success, but with his quiet, focused, and humble approach, whether winning or losing. Mike demonstrates dignity and grace at all times and has become a role model for youth in Canada contributing to the strength of junior golf in Canada.

Mike has used his success as a professional golfer as a platform for helping families in need with the creation of the Mike Weir Foundation in 2004 to support children in physical, emotional, and financial need. Mike launched a national fundraising program, called the Mike Weir Miracle Golf Drive for Kids, supporting Children’s Miracle Network. On a national level, Mike was appointed a Member of the Order of Canada in 2007 for his contributions to the country through his charitable work.

The distinguished Class of 2017 inductees includes:

Gaylord Powless, one of Canada’s most outstanding Lacrosse players

Mike Weir, the only Canadian to win the Masters, Golf

Dr. Charles Tator, Scientist and Neurosurgeon with profound impact on the world’s understanding of concussions, Builder

The Edmonton Grads Basketball Team, the best basketball team the world has ever seen

The Class of 2017 will be officially inducted during the Canada’s Sports Hall of Fame 2017 Induction Celebrations on Nov. 9, 2017 at the Metro Toronto Convention Centre. Please visit sportshall.ca for more information.

Canada’s Sports Hall of Fame is a national charitable organization established in 1955. Each year, a class of the country’s most influential and inspiring athletes and sport Builders are inducted. They are true Canadian sports heroes with achievements and life lessons that can inspire all Canadians to be the best they can be in all aspects of life.