Mike Weir sits T14 after second round of Rust-Oleum Championship 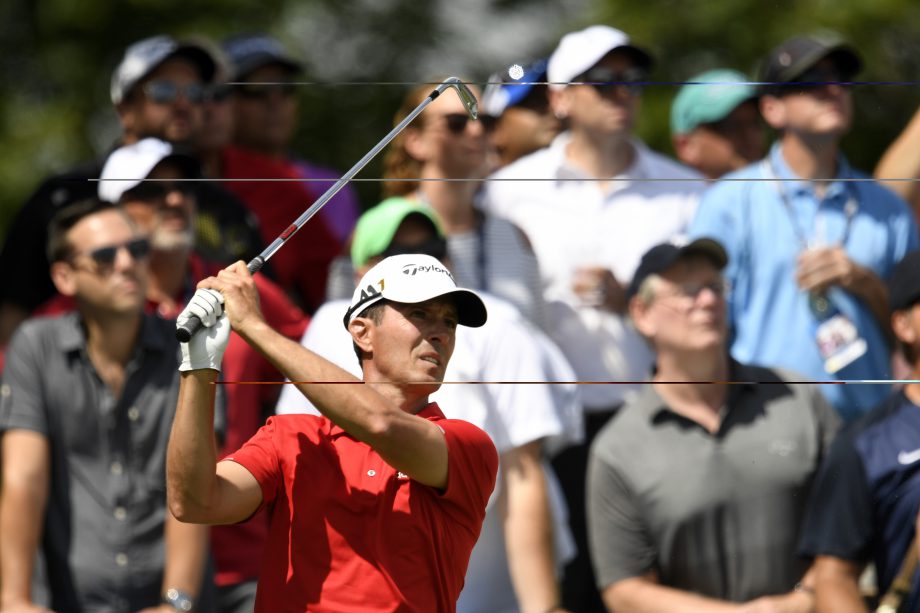 MUNDELEIN, Ill. – Through 36 holes, 2003 Masters champion Mike Weir is T14 at 6-under 138 at the Rust-Oleum Championship. Weir’s last top-10 in a PGA TOUR-sanctioned event was a runner-up at the 2014 AT&T Byron Nelson. That finish represents his only top-10 in his last 129 starts on the PGA TOUR.

It’s been a few months, but Maverick McNealy has found himself in a familiar position on the Web.com Tour. After a second-round 8-under 64 at Ivanhoe Club, the 22-year-old Tour rookie takes the lead into Saturday. His 12-under 132 total places him one ahead of Kyle Jones after 36 holes.

On Friday, McNealy got off to a hot start with birdies at 10 and 11. He then played the back-to-back par-5s in 3-under, chipping in for eagle at the 14th and a routine up and in on 15. Through two rounds, McNealy is 7-under on the par-5s. A recent change in philosophy has helped create more opportunities for the Stanford, California native on the longer holes.

“We were playing to short and to the front of the green,” said McNealy about his approach to the scoreable holes at the start of the year. “I was a little more aggressive, trying to get a balance between the front and back of the green. I think par-5 play has been a key for me and it comes from better strategy and picking good targets.”

In early May, McNealy took a break from the Web.com Tour and competed on the PGA TOUR in Dallas and Fort Worth. He made the cut both weeks and brought that momentum with him to Chicago. The Web.com Tour rookie continues to find comfort on Tour in pressure-packed situations.

“Confidence doesn’t come easily, for me it has to be earned,” he said. “It’s earned through preparation and ultimately through good results. I’m a lot more confident in this position because of what happened at Victoria National and I think I’m a lot more comfortable out here because of the PGA TOUR events I’ve played.”

McNealy took the 36 and 54-hole lead at the United Leasing & Finance Championship but ended the week T3 after a final-round 74. With the help of his caddie, Travis, the former national champion has adjusted his mindset in preparation for the next time he’s in contention.

“My caddie says if you love the process it will love you back,” McNealy said. “I can only control what I can control, and every week is a learning experience. At this point I’m tired of learning experiences. I want to finish and seal the deal.”

McNealy has enjoyed success at every level. In college, he won a total of 11 times and collected the Ben Hogan and Fred Haskins Award. The former No. 1 ranked amateur also took home the Nicklaus Award during his time in Northern California. McNealy believes the will to win comes from growing up with siblings.

“I’m incredibly competitive,” he said. “My three younger brothers will attest to that. If you’re not competitive in that household, you don’t really have a place.”

With 36 holes left to decide the outcome, plenty can happen over the next two days. There will be obstacles along the way and McNealy will have his share of frustration over the final two rounds. He understands it’s just a part of the game.

“Golf’s a four-letter word for a reason,” McNealy said. “It’s a frustrating game. It tries you and test you in a lot of different ways. I think I’ve done a pretty good job of it. I’m having fun, I’m learning a lot and I’m just trying to get better every week.”