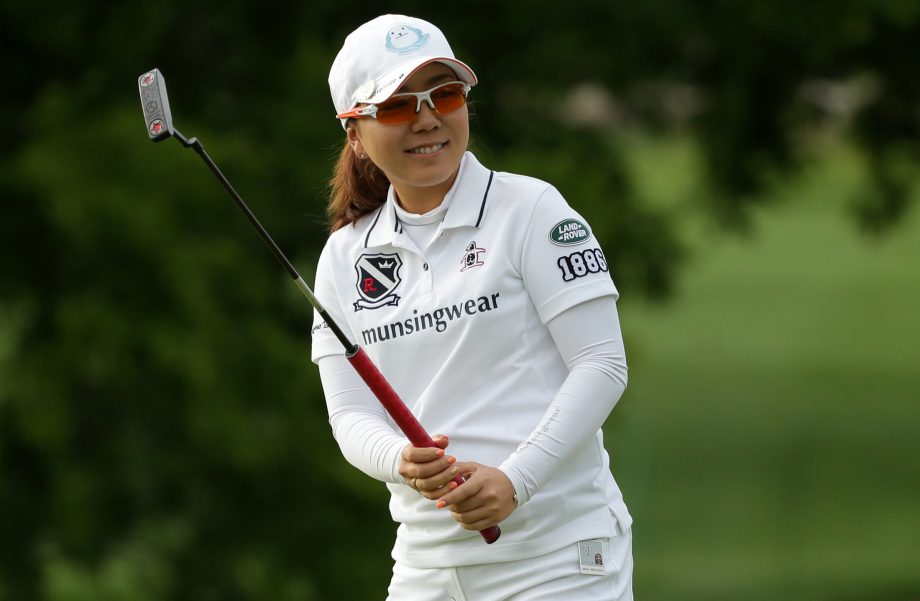 WILLIAMSBURG, Va. – Mika Miyazato had five birdies in a six-hole stretch and finished with a 6-under 65 on Thursday to take the first-round lead in the Kingsmill Championship.

In tricky conditions on the rain-soaked River Course, the 26-year-old Japanese player closed her opening nine with the birdie run, dropped a stroke on the par-5 third and rebounded with birdies on the par-4 sixth and eighth holes. She won the 2012 Safeway Classic in Oregon for her lone tour title.

The greens where a lot faster than expected, though they were receptive and the players were allowed to lift, clean and place their golf balls in the fairways.

Defending champion Minjee Lee and Brittany Lincicome were a stroke back.

Top-ranked Lydia Ko closed with a birdie for a 73.

Brooke Henderson’s 1-under 70 has the Smiths Falls, Ont., native tied for 31st. Maude-Aimée Leblanc of Sherbrooke, Que., opened with a 74, while Kelowna, B.C., product Samantha Richdale carded a 76.