Mickelson at PGA is atop a major leaderboard for 4th decade; Conners T7 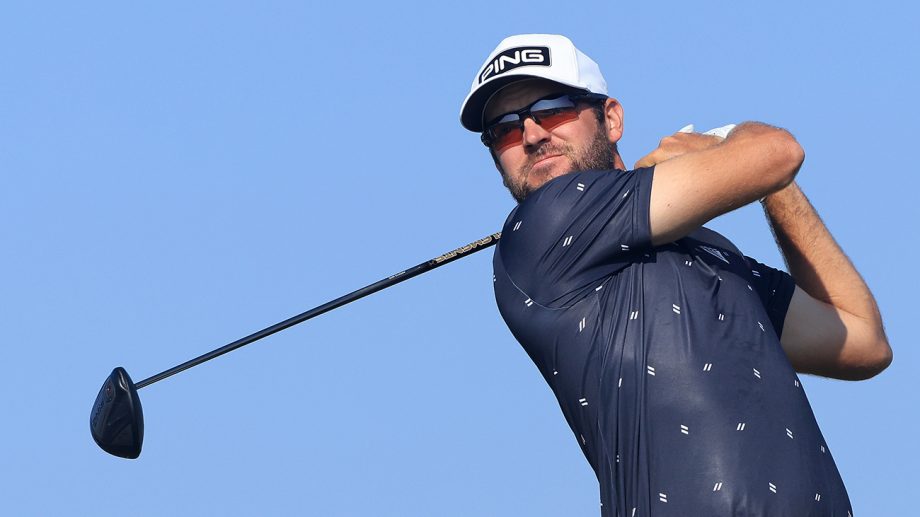 KIAWAH ISLAND, SOUTH CAROLINA - MAY 21: Corey Conners of Canada plays his shot from the 15th tee during the second round of the 2021 PGA Championship at Kiawah Island Resort's Ocean Course on May 21, 2021 in Kiawah Island, South Carolina. (Photo by Sam Greenwood/Getty Images)
Associated Press

KIAWAH ISLAND, S.C. (AP) – Phil Mickelson doesn’t need to be reminded of his age at the PGA Championship. The numbers alone speak for that, and not just his age of 50.

Buffeted by the wind along the closing holes, Mickelson was dropping shots – not unusual on the brute of an Ocean Course at Kiawah Island – and was back to even par for the championship.

And then the guy who keeps everyone in suspense ran off five birdies and finished the day with a 3-under 69 to share the lead with Louis Oosthuizen, much steadier in his round of 68.

Even at the halfway point, Mickelson joined some elite company.

He became the sixth player since 1900 to have at least a share of the lead after any round in a major over four decades. The first time for Lefty was at the 1996 PGA Championship.

No one in his 50s has been atop the leaderboard in a major since 52-year-old Fred Couples after two rounds of the 2012 Masters. The most famous senior was Watson, who was 59 when he led after 54 holes at Turnberry in the 2009 British Open.

Mickelson majored in psychology, not history, at Arizona State. All that matters to him is winning, and no one over 50 has ever done that in a major.

Mickelson played the opening two rounds with Padraig Harrington, who turns 50 in August. Harrington was only five shots out of the lead, not enough for him to make some comparisons about how their minds work.

“That might make it harder for us at times because we over-push and over-try because winning is the only thing that will bring any satisfaction.”

There’s enough hard work ahead of them, and everyone else who made the cut at 5-over 149.

That list doesn’t include three of the top four players in the world – Dustin Johnson (1), Justin Thomas (2) and Xander Schauffele (4).

There’s plenty of entertainment around for those who will be around on the weekend, and it figures to be a much better show than the last time at Kiawah Island. Rory McIlroy won in 2012 and set the PGA Championship record with an eight-shot victory.

The wind was raging for one round that year. It doesn’t seem to stop this year.

That made Oosthuizen’s round all the more impressive. He was bogey-free the entire round and was in good shape to keep his card clean until his approach to the 18th had just enough pace to tumble over the table-top green. He didn’t get it up-and-down, made his only bogey and had to share the 36-hole lead with Mickelson.

Oosthuizen’s lone major was at St. Andrews in the 2010 British Open, and he has been close to adding another one over the years. There was the playoff loss to Bubba Watson in 2012 at the Masters, and to Zach Johnson in 2015 at St. Andrews. He was runner-up at the 2015 U.S. Open at Chambers Bay, and to Justin Thomas in the 2017 PGA Championship at Quail Hollow.

That’s the career Grand Slam of silver medals, and it’s not much of a consolation. The PGA Tour pointed out that it will be 3,962 days on Sunday from the last time Oosthuizen won a major.

“I don’t think it’s a case of not being able to or thinking that I can’t get the second (major),” Oosthuizen said. “Look, it’ll be great to get a second major. There’s a lot of golf left, and I just feel whenever I get to a major, I have my game where I want to have it.”

There’s a lot of golf left and lot of players still in the mix.

Brooks Koepka made an eagle from a bush and an eagle from the short grass, enough to offset his four bogeys. He threw in another birdie for a 71 and was one shot behind.

Branden Grace and Christiaan Bezuidenhout, among the 11 South Africans at Kiawah Island, were two shots behind along with Masters champion Hideki Matsuyama. The Japanese star still hasn’t been asked about the calendar Grand Slam, and it would probably take a Wanamaker Trophy to go along with his green jacket for that question to be posed to his interpreter.

Eighteen players were under par. Another key number is 36, the number of holes remaining, and that feels like a long way to go in conditions that have been punishing.

“It’s a major, man. It’s going to be tough, especially with the wind blowing,” Koepka said. “It doesn’t matter, just go out and go play.”

Corey Conners of Listowel, Ont., is tied for seventh after shooting a second round 75, Adam Hadwin of Abbotsford, B.C., made the cut with a two-day score of 148, while Mackenzie Hughes of Dundas, Ont., missed the cut.