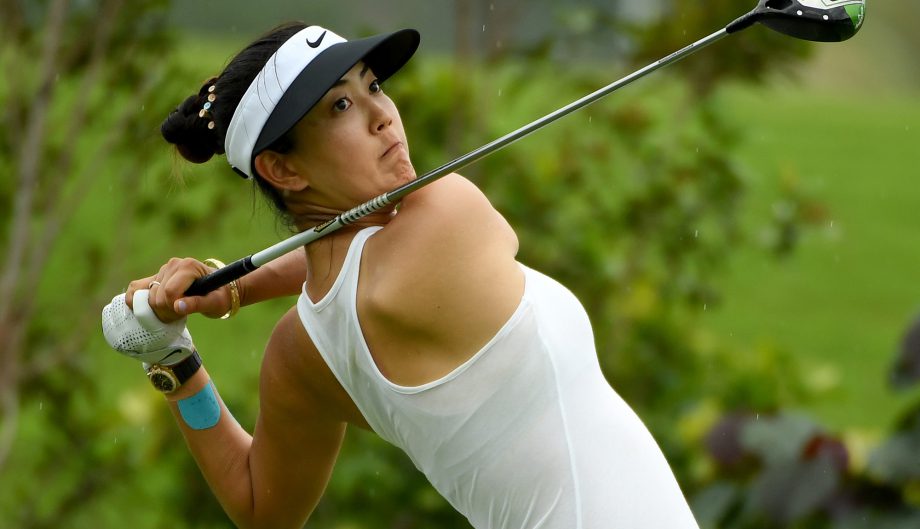 SINGAPORE – Michelle Wie shot a 5-under 67 Saturday to lead the LPGA’s Women’s Champions tournament by two strokes after the third round.

No. 1-ranked Lydia Ko birdied the last hole for a 67 to end the day in a three-way tie for second. She was joined by last year’s British Open champion Ariya Jutanugarn (69) and the big-hitting Park Sung-Hyun (68).

Canada’s Brooke Henderson also shot a 71, which put the Smith Falls, Ont. native at 8-under 208 after 54 holes.

Plagued by injuries and a loss of form, Wie needed a sponsor’s invitation just to get a start in the $1.5 million tournament but has been in vintage touch since arriving in Singapore.

She took just 32 shots to reach the turn and despite making her first bogey in 35 holes on the tricky par-3 15th, she made her sixth birdie of the day on the next hole to put herself in a great position to end her three-year title drought.

“There definitely is some butterflies out there, but it’s exciting getting that feeling again and being in this position,” Wie said.

“It doesn’t feel that long ago, but I guess it is. I’m just going to not really think about that. It doesn’t matter how long it’s been since I’ve been in contention or anything.”

Ko is also in a drought, albeit by her own lofty standards. The 19-year-old, who has not won an LPGA title since July last year, birdied the last hole with a long putt from the fringe of the green.

“I’ve been having a really good finish on the 18th hole, so it’s always nice to come off with a birdie,” Ko said. “I started off really hot today. I didn’t really continue the momentum after the 10th hole, but I tried to hang in there. I made a clumsy bogey on 17, but it was nice to bounce back with the birdie on the last.”

Inbee Park, playing only her second tournament in six months because of a thumb injury, led by a shot overnight but made an early bogey to lose her place at the top of the leaderboard and never really got going.

“My ball-striking was consistent, but I just could not hole like one putt out there,” she said.

“But I’m not far back, and obviously at this golf course, if you can drop some putts, there are a few birdies out there. I’m just going to go out there tomorrow and just play aggressively and hopefully the putts can drop.”