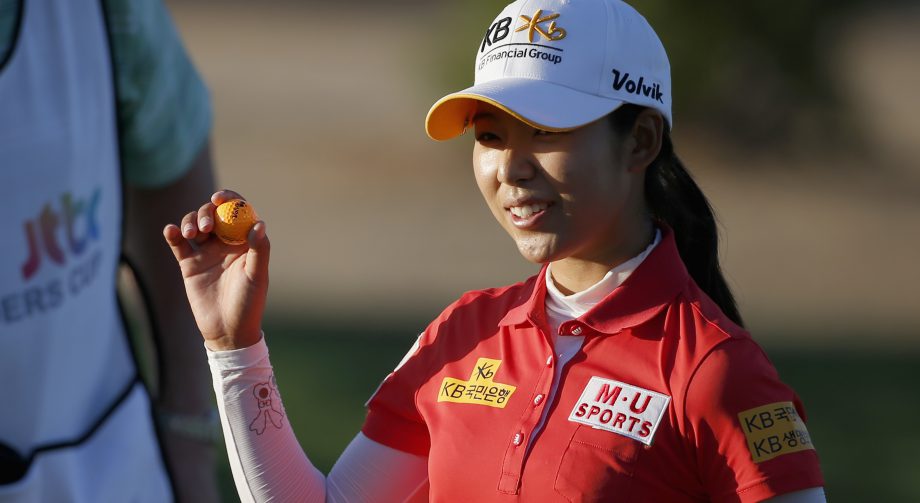 PHOENIX – Mi Hyang Lee shot a tournament-record 10-under 62 on Thursday in the JTBC Founders Cup after playing her first nine holes in 9 under.

On a day when fellow South Korean player Se Ri Pak announced she will retire at the end of the season, Lee threatened to shoot the second 59 in LPGA Tour history after opening with an eagle and seven birdies on the back nine.

Needing to play the front nine in 4 under to break 60, Lee made only one more birdie – on the par-5 fifth.

Annika Sorenstam is the only player to shoot 59 in an LPGA Tour event, accomplishing the feat in 2001 at nearby Moon Valley.

Lee matched the nine-hole record of 9 under set by Amy Yang last year in South Korea.