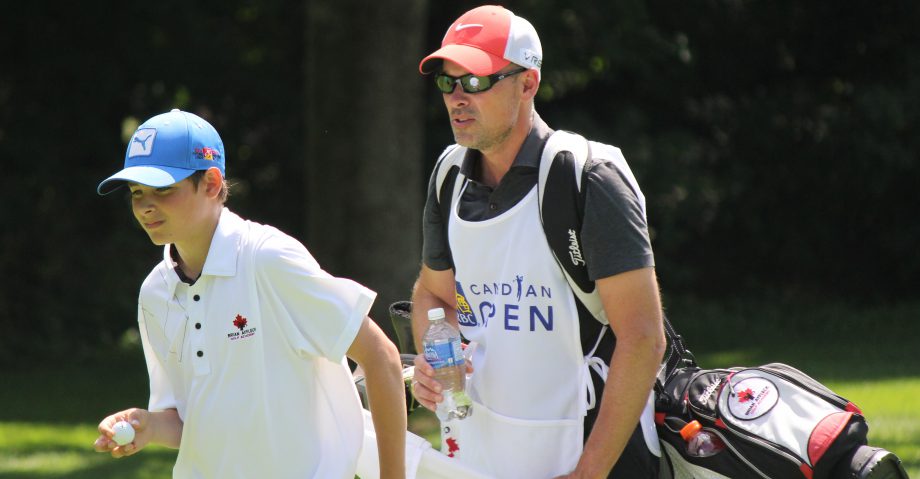 The 2015 RBC Canadian Open did not fall short on making memories—from the fans, to the volunteers and even to the players. One group, in particular, etched a series of memories throughout open week that will be cherished for a lifetime.

While prone to slip under the radar amongst the drama of a national open, the festivities for a select group of junior golfers had no such lack of excitement.

Among the thousands of juniors admitted to the RBC Canadian Open, there were 22 who qualified atop the CN Future Links Junior Skills Challenge leaderboard who travelled to Oakville, Ontario to compete in the Junior Skills National Event.

For the first time in history, the event was hosted at the site of the RBC Canadian Open (Glen Abbey Golf Club). Needless to say, participants were blown away by the big stage and the feeling of competing on the same grounds as some of the PGA TOUR’s biggest names.

“Although we were thrilled that Eric won his competition, after the way you treated us it would not have mattered how he finished,” wrote Dwight and Daniela Collier, parents of boys 8–11 winner, Eric. “The memories he (Eric) and all of our family have from all of the events you put on will quite literally last a life time—we hope that Eric qualifies again next year because it would be amazing to do it again.”

Two-time winner of the boys 15-18 group, Tyler Leclair of North Vancouver, B.C., shared his excitement alongside father (and caddy) Tim.

Click here to read up on the event and this year’s winners.

To mark the significance of the event being a part of the RBC Canadian Open, junior participants were invited to stay the week at Glen Abbey, taking part in the following activities:

The Sunday prior to tournament week, the CN Future Links Junior Skills Challenge participants from the National Event a day earlier were back on site to tee-it-up in an exciting match-play format on the back-9 of Glen Abbey’s pristine conditions pre-tournament week.

Of course, a match at the site of the RBC Canadian Open wouldn’t be complete without caddies. That’s where mom and dad come in.

Back at it. The group of juniors are still full-steam ahead at the Open, posting up on the par-4 15th hole to challenge pros and amateurs to a chip-off during the Canada Day pro-am.

In addition to collecting as many signatures as possible, juniors had the opportunity to showcase their short game skills against Canadian stars like Nick Taylor in front of a mini gallery on hand.

Wendel Clark, former NHL star with the Toronto Maple Leafs, also took his chance at the difficult downhill chip out of the rough (sharing a laugh in the process).

Also on Monday, the lucky group had a full hour to learn from Team Canada in a closed session on the back range at Glen Abbey. Men’s Head Coach, Derek Ingram, led the session with support from the six athletes competing at the Open: Adam Svensson, Taylor Pendrith, Corey Conners, Albin Choi, Austin Connelly and Blair Hamilton.

Walk with a Pro

To cap off the week that was, all CN Future Links participants were included in one last activity to help send the 2015 RBC Canadian Open out with a bang. Following the trophy presentation, all junior participants were responsible for unveiling the large Canadian flag on the 18th green alongside the champions to celebrate the conclusion of the tournament.

At the end of the day, the week was a special one for many Canadian golf fans, including this lucky group of junior golfers—the future of the sport in Canada.