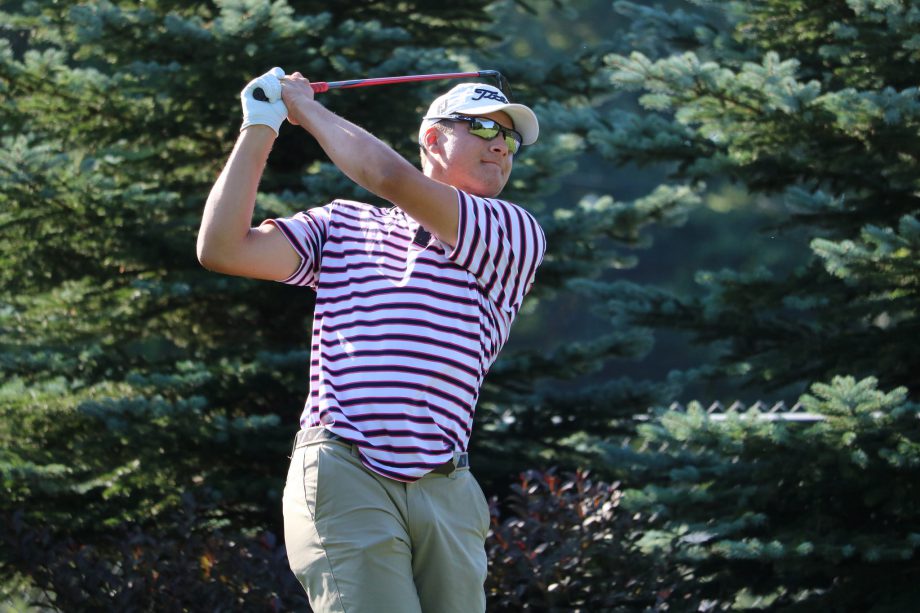 ABERDEEN, Scotland — Sam Meek was the only Canadian to qualify for the match play stage of The 123rd Amateur Championship at Royal Aberdeen and Murcar Links on Tuesday.

The Peterborough, Ont., native had a solid day of play and was in contention to finish as leading qualifier after back to back birdies on holes 15 and 16 put him at six under heading to the final hole. The eighteenth hole had other plans for him, however, when an attempt to drive the green at the 369-yard par four ended with Meek shooting a triple bogey that put him in third place position at 3 under par

“I’m still pleased with the two days and I had to give it a try. It feels good,” said the 19-year-old. “The tournament starts over again so I have to try to progress through the matches and see where I end up. It was good to play well and I putted really well. I just want to keep feeding the momentum and go out there and do some damage.”

Wilco Nienaber led the way in qualifying for the match play stage. On the historic championship’s first visit to the renowned North East links courses, Nienaber became the first South African to lead the qualifying stage since it was introduced in 1983.

“When I heard I was going to play The Amateur Championship this year I was really excited. To finish at the top after the qualifying is great,” said Nienaber. “I made good decisions from the tee, stuck to my game plan and hit the greens. The match play stage is a different game but winning this or finishing at the top makes me feel like I can beat the other guys, which is really nice. So we will see what happens this week.”

The cut for the championship fell on six-over-par with 77 players qualifying. Team Canada’s Hugo Bernard fell short by only one stroke at 7 over par.

The reward for the winner of The Amateur Championship is a place in The 147th Open at Carnoustie in July and the 2019 US Open at Pebble Beach. Traditionally, the Amateur Champion is also invited to compete in the Masters Tournament.

The match play stage gets underway at Royal Aberdeen Wednesday. Each match will consist of one round of 18 holes except the Final which will be over 36 holes.