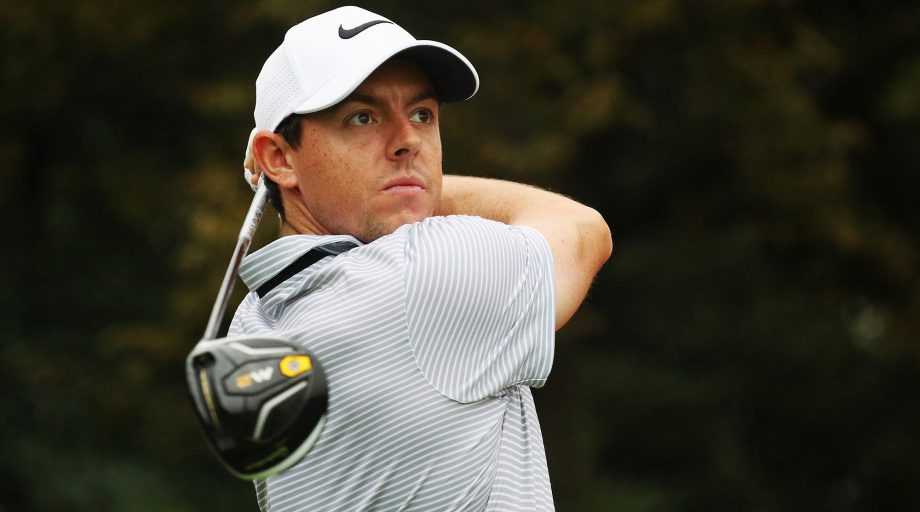 SHANGHAI – Rory McIlroy is replacing his Nike driver and two fairway metals this week at the HSBC Champions as he begins to search for new equipment.

Nike announced in August that it was getting out of the hard equipment business _ clubs and golf balls _ to concentrate more on its longtime strength of shoes and apparel. McIlroy, at No. 3 in the world, is the highest-ranked player in Nike’s golf stable.

“Honestly, I didn’t envision having anything in my bag until the end of the season,” McIlroy said. “Look, I’m playing well. I’ll leave it. But I brought a few clubs out to Dubai to try out and test. I hit them and I was like, ‘This is good.”’

He is using the TaylorMade M2 driver, 3-wood and 5-wood at Sheshan International.

McIlroy won the Deutsche Bank Championship and the Tour Championship to capture his first FedEx Cup. A week later, he went 3-2-0 in the Ryder in a European loss. The HSBC Champions begin a stretch in of three tournaments in four weeks to close out his European Tour season.

McIlroy, a four-time major champion, signed with Nike in 2013.

He went back to a Scotty Cameron putter for the FedEx Cup playoffs, though McIlroy plans to stick with the Nike irons, at least through the end of the year. He said Nike recently made him a fresh set of irons.

How long that lasts depends on what he finds at the end of the year. McIlroy said when his season ends at the DP World Tour Championship in Dubai, he plans to test equipment from every major manufacturer.

“The hardest part will be the golf ball,” he said. “I need something that works. And right now, the Nike golf ball works with the TaylorMade drive and woods, but it also works with everything else in my bag, which is perfect.”

He said Nike has stocked up enough golf balls to last him two to three years. That doesn’t mean he won’t change golf balls, but “at least I have that option.”

Nike has some three dozen players using its equipment, a roster that includes Tiger Woods. He was using the Nike clubs at a clinic at Pebble Beach two weeks ago. Woods has not played since August 2015, and his next tournament is likely the Hero World Challenge the first weekend in December in the Bahamas.

According to one player, Nike has said it will honour contracts but that it will pay only 50 cents on the dollar if a player signs another equipment deal.

McIlroy is not in a rush to sign any deal.

“I’m going to enjoy the luxury of being able to play with what I want because it’s the best for me,” he said. “All of this, the whole Nike thing that happened, one of the great things is that it’s given me freedom to say, ‘Let’s go to market. Let’s see what works absolutely 100 per cent for me.”’

Chappell also had the Nike irons in his bag at Sheshan International, though he started testing new clubs during his two weeks after the Tour Championship. Like McIlroy, he said he was looking for the “best 14 clubs” he could find.

“If someone wants to endorse me for using them, then great,” he said.