McIlroy surprised by reaction to comments on Tiger 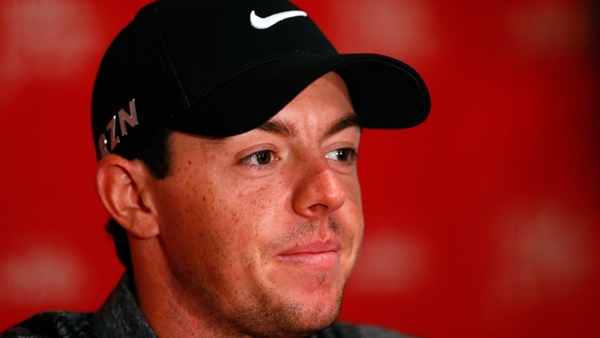 ATLANTA – Rory McIlroy is perplexed his remarks on Tiger Woods and Phil Mickelson being on the “last few holes” of their careers caused so many headlines.

McIlroy was asked on the eve of the Tour Championship whether Woods and Mickelson not being eligible for the 30-man field represented a changing of the guard. He disagreed, saying that Woods was injured most of the year and Mickelson had played well in spots but was going through a long stretch.

Noting their ages (Woods is 38, Mickelson is 44) and injuries, he said they were “getting into sort of the last few holes of their careers.”

He went on Twitter that night to explain what he was asked and what he said.

“I was going through Twitter last night and it was like, `Hold on, did I say something bad here?’ I don’t think I did,” McIlroy said Thursday after opening with a 69. “Look, I know Tiger and Phil really well. I get on really well with both guys. I’ve said much worse to Tiger before.”

McIlroy and Woods recently made the rounds on talk shows together.

“Phil has played well in parts this year. He came really close to winning the PGA. I feel like he’s gotten a little better as the year has went on. But it’s a lot of golf for him to play in such a short space of time. So you could see he was getting a little tired the last couple of weeks. And, I mean, Tiger’s not here just because he’s been injured or he is injured. He hasn’t had the opportunity to play.

“But I think if he gets back and when he gets back to full fitness, you’ll see him back here again. So I’m not sure … they’re just getting older. Phil’s 43 or whatever he is and Tiger’s nearly 40. So they’re getting into the sort of last few holes of their career. And that’s what happens. You get injured. Phil has to deal with an arthritic condition as well. So it obviously just gets harder as you get older. I’ll be able to tell you in 20 years how it feels.”

McIlroy said he didn’t feel he had to defend himself, but that his tweets were to clarify his remarks.

“I thought I was very complimentary,” he said. “I said the only reason Tiger wasn’t here was he didn’t have the opportunity. I wasn’t writing him or Phil off at all. … I didn’t say anything out of line or wrong.”

Asked if he felt as though he needed to explain his remarks to Woods, McIlroy smiled and said, “I’ve said worse to his face.”