McIlroy shoots 4-under 68 in 1st round in Dubai 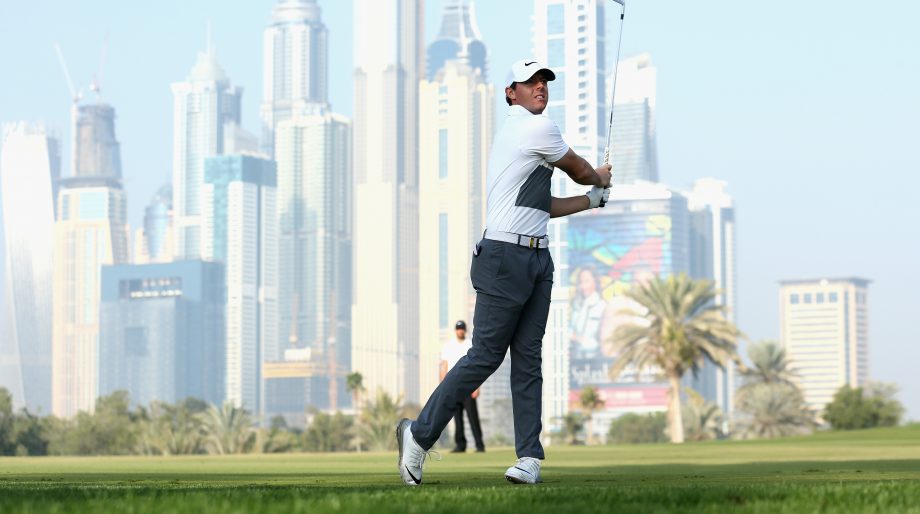 DUBAI, United Arab Emirates – Rory McIlroy started the defense of his Dubai Desert Classic title with a bogey but battled back to post a 4-under 68 on Thursday, leaving him two shots off the lead.

McIlroy bogeyed two of the easiest holes on the course – the par-5 10th, which was his first hole, and the driveable par-4 second – but also had six birdies to put him close behind leader Alex Noren of Sweden.

“I thought I did well, considering the start and having some of the shots I hit throughout the round,” McIlroy said. “A 68 was probably a fair reflection of how I played. I don’t feel like I could have really gone any lower than that but at the same time, I gave myself enough chances to make some birdies.”

Ernie Els, the most successful player in the history of the tournament with three titles and eight other top-10 finishes, matched McIlroy’s 68. The four-time major champion hit 17 greens and putted well with his new grip.

Henrik Stenson of Sweden, playing alongside McIlroy, opened with a 3-under 69.

The new changes in the course, where the fairways have been made firmer and grass has been shaved off the fringe of the greens, troubled McIlroy, who has never finished outside the top 10 in his last six starts at the Emirates Golf Club.

On McIlroy’s first hole, his second shot landed on the green and rolled off into the back bunker, from where he needed two shots to come out. Then, on the par-5 dogleg 18th, he hit a towering draw with his driver but the ball went through the fairway and into the water hazard. McIlroy then hit a great third shot from 198 yards and walked away with an unlikely birdie.

“All in all, a decent day, decent score,” he said. “I think with the way the weather conditions are, it’s made the golf course quite tricky out there. I don’t think I’ll ever hit as many bunker shots.”