McIlroy leads heading into last round of Honda Classic 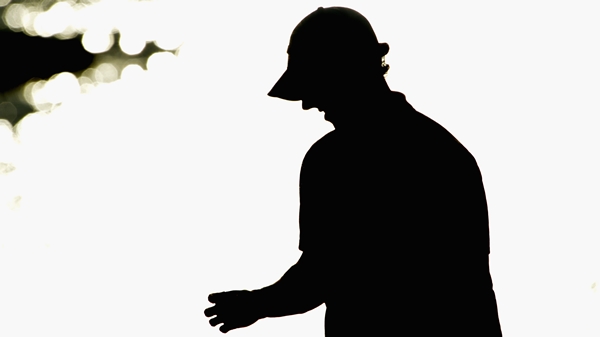 PALM BEACH GARDENS, Fla. – Rory McIlroy did just enough to keep the lead Saturday in the Honda Classic with a 1-under 69, giving him a two-shot lead and a chance to win on the PGA Tour for the first time in 18 months.

McIlroy avoided a big number early in his round with a superb shot off the pine straw to escape with bogey, and he gave himself a slightly bigger cushion late as the wind picked up at PGA National. He hit 5-iron over the water and into the wind to 10 feet for birdie on the 16th hole. He narrowly missed two more to close out his round.

McIlroy was at 12-under 198, two shots ahead of Russell Henley.

Henley, who has not been in serious contention since winning his debut as a PGA Tour member last year in the Sony Open, made a late surge with two great shots. He holed out from 150 yards for eagle on the 14th, and made a 50-foot birdie putt from just off the 17th green. He shot a 68.

Russell Knox of Scotland had a 68 and was another shot behind.

Tiger Woods moved up 49 spots on the leaderboard after a 65 so early in the morning that he finished two hours before McIlroy started. Woods wound up in a tie for 17th, though he was still seven shots behind. Woods has never won on the PGA Tour when trailing by more than five shots going into the final round, though he once came from eight shots behind to win on the European Tour in 1998.

“Today was a positive day,” Woods said after his lowest score in 10 rounds this year. “Hit the ball well and made some putts and got myself back in the hunt.”

But there were 16 players ahead of him, and one big name at the top.

McIlroy, coming off the worst season of his young career, began to turn the corner late last year and finally won at the Australian Open. Twice this year in stroke-play tournaments, he had chances to win going into the final round, in Abu Dhabi and Dubai.

This is his best opportunity yet.

“It’s all about not making mistakes,” McIlroy said. “It’s about limiting the damage. You’re going to make a few bogeys out there. If you limit those, hit fairways and greens, that’s what I’m going to try to do tomorrow.”

He gave a supreme example of that on the par-3 seventh hole.

McIlroy opened with two birdies in three holes and was motoring along until pulling his approach on No. 6 and chipping poorly to make bogey. On the next hole, he pulled his tee shot well left of the green. The ball wound up under a palmetto bush, and McIlroy had to take a penalty drop.

Playing off the pine straw to an elevated green, he pitched it beautifully into the slope and past the pin by about 8 feet, and then holed that for a bogey.

That was his last mistake until missing the green to the right from the middle of the 14th fairway and missing a 6-foot putt.

Henley has only two top 10s in 32 starts on the PGA Tour since he won the Sony Open last year. He’s trailing by two shots, and also is well behind on experience in the last group. But he loves the idea he at least has a chance.

“I’m trying not to pay attention to what Rory is doing,” Henley said. “Obviously, he’s playing great and he’s been in this situation a little bit more than me. But I still have a lot of confidence and I’m just going to try to play my game and not worry about what he’s doing too much.”

It would be a remarkable turnaround for McIlroy, who a year ago was so frustrated with his game and high expectations that he walked off the course after 26 holes, a mistake he vowed to never repeat.

“There’s still 18 holes to go,” said McIlroy, the 2012 winner at PGA National. “But I’m feeling comfortable with where I am.”

Even so, McIlroy has proven to be tough to catch. Ever since he blew a four-shot lead at the Masters three years ago, he has converted every 54-hole lead into a win.

DIVOTS: Brendon de Jonge, who started the third round one shot behind McIlroy, shot a 76. … The 54-hole cut was made to exactly 70 players. Among those who failed to make it to Sunday were Mark Calcavecchia (73) and William McGirt (78). …Knox is the only player among the top eight who has never won on the PGA Tour. …Canada’s David Hearn is tied for 35th after a third-round, even par 70.