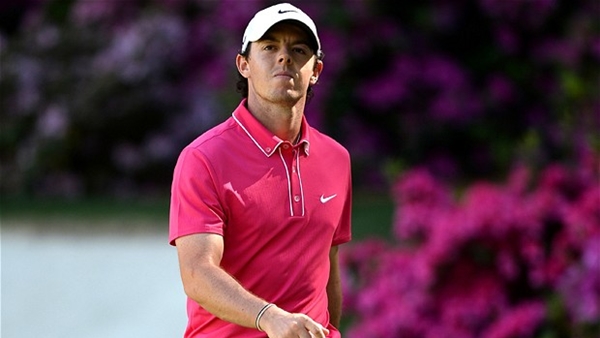 HUMBLE, Texas – Rory McIlroy can’t remember a time when men’s golf has so clearly lacked a dominant figure, or figures, heading into the Masters.

Welcome to the Tiger Woods-less 2014, a year full of those hoping to contend on the PGA Tour rather than one player who expects to win each and every week.

McIlroy, speaking following his pro-am round at the Houston Open on Wednesday, said he hadn’t talked with Woods since news broke of Monday’s back surgery that will keep him out of next week’s visit to Augusta National.

The Northern Ireland golfer and former world No. 1 also said golf overall, not just next week’s Masters, is seemingly as wide open as it’s been during his time as a pro.

“It’s almost like golf is waiting for someone to stamp their authority on the game and be that dominant player,” McIlroy said.

Australia’s Steven Bowditch earned his first PGA Tour win at last week’s Texas Open in San Antonio, becoming the tour’s 17th different winner in its last 20 events – dating back to the beginning of this season at the Frys.com Open.

The parity is a far cry from Woods’ peak when he won nine events in 2000 and eight in both 1999 and 2006. And Woods isn’t alone in his dominance after the turn of the century, with Vijay Singh also winning nine times in 2004.

McIlroy mentioned both Woods and Singh on Wednesday while also saying golf needs a few players to “sort of put their hands up and try and be, you know, the dominant players in this game because that’s what people like to see.”

Jimmy Walker leads the tour this season with three wins. The Texan, in another sign of the changing of the guard in golf these days, went 187 starts on the PGA Tour without winning before capping a stretch of three wins in eight tournaments at the AT&T Pebble Beach National Pro-Am in February.

Bowditch joined Walker in the first-time winner ranks last week, earning his first trip to the Masters in the process.

Even Bowditch, while occupied with this week’s Houston Open and preparing for next week’s trip to Augusta National, had a sense of what Woods’ absence will mean to the game.

“Tiger, in any atmosphere, creates an unbelievable atmosphere,” Bowditch said. “… What Tiger has done for the game of golf is unbelievable. To not have him there at the Masters is not the greatest.”

Woods has had his share of challengers over the years, including McIlroy and Phil Mickelson, among others.

Mickelson, however, has battled injures of his own lately – including a muscle pull that forced his withdrawal from last week’s Texas Open.

Adam Scott is second in the world rankings as he prepares to defend his championship at the Masters, and both he and McIlroy are among those at the top of any list of contenders hoping to heed McIlroy’s call.

McIlroy appeared on his way to assuming that role when he climbed to the top of the world rankings in 2012, but a club change led to an inconsistent 2013. He did win the Australian Open in December, however, and didn’t lack for confidence about the state of his retooled game on Wednesday.

“I don’t have to worry about equipment stuff, or do I need a driver that turns over more at Augusta, do I need this or that,” McIlroy said. “Everything is just more settled.”

McIlroy also left little doubt about who he hopes claims the mantle Woods has left vacant – for now.