McIlroy, Finau lead after 54 holes, and more from the RBC Canadian Open 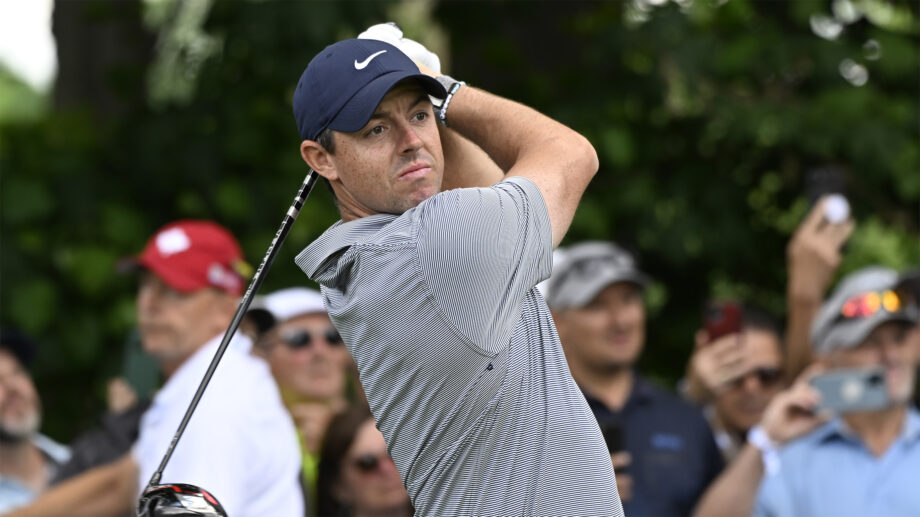 Toronto (June 11, 2022) – Cloudy skies threatened rain at the RBC Canadian Open today, but the sunshine prevailed as the world’s top golfers teed it up at St. George’s Golf & Country Club.

Tony Finau and Rory McIlroy sit atop the leaderboard at 11-under par after 54 holes at St. George’s Golf & Country Club. Finau’s eight-under par 62 was the low-score of the day and lowest round at the National Open since McIlroy’s 61 in the final round of the 2019 RBC Canadian Open. The Salt Lake City, Utah native tallied three birdies and an eagle through a four-hole (nos. 8 to 11) stretch to catapult up the leaderboard.

McIlroy continued his bid to successfully defend his RBC Canadian Open title with a five-under par 65 to grab a share of the lead. The 33-year-old is looking to become the first player to win a PGA TOUR event (non-major) back-to-back at two different courses since Jim Furyk, who won in 2006 at Hamilton G&CC and then defended his title at Angus Glen Golf Course (North) in 2007.

Justin Thomas, Sam Burns, Wyndham Clark and Alex Smalley sit at nine-under par, two shots back of the leaders, at nine-under par, entering the final round. Thomas’ seven-under par 63 matched his lowest round on the PGA TOUR this season since the second round of the Farmers Insurance Open. Burns will be vying for his second win on TOUR in in just a two-week span after winning the Charles Schwab Challenge on May 29.

Nick Taylor and Corey Conners were on the move on moving day at the RBC Canadian Open. The Canadian duo fired rounds of three-under par 67 and four-under par 66, respectively, to climb into the top-20 heading into Sunday’s final round.

“I’m probably not going to do much leaderboard watching, just keep my head down,” said Taylor. “I’ll see tonight what the lead is and have an idea of probably where I want to get to. But it’s such a jam-packed leaderboard and there’s a stretch of holes where you can really get after it. So, if I’m kind of hanging around through 8 then I think I have a decent chance.”

FINAL ROUND SCHEDULE
Final round tee times will run from 10:30 a.m. to 12:50 p.m. with threesomes off the first and ninth tees. The expected finish time is 6:00 p.m., with the trophy presentation to follow. For the full list of pairing click here.

PURCHASE TICKETS FOR THE GOLF CANADA FOUNDATION 50/50 RAFFLE IN SUPPORT OF FIRST TEE – CANADA
From Wednesday afternoon through Sunday week, Golf Canada Foundation will be selling 50/50 tickets on-site at the RBC Canadian Open & CP Women’s Open tournaments. The draw will take place Sunday evening, with the winning number announced here on the Foundation website and across social media channels. Proceeds from the raffle in support of the First Tee – Canada, the official beneficiary of the RBC Canadian Open, will benefit junior golf initiatives and help to grow the game in Ontario and across the nation. Click here for more information.

BROADCAST COVERAGE:
The following are broadcast times for the 2022 RBC Canadian Open:

MOBILE APP EXPERIENCE
Experience the RBC Canadian Open like never before by downloading the Golf Canada Mobile App on your iOS or Android device. Essential features include a live map, mobile ordering, leaderboard & pairings, tickets, breaking news and special events. Plus, use the Golf Canada Mobile App to enhance your experience while playing! Find golf courses, track your game, set up matches against friends, access GPS yardages and more. Click here to download.