McIlroy calls off engagement to Wozniacki 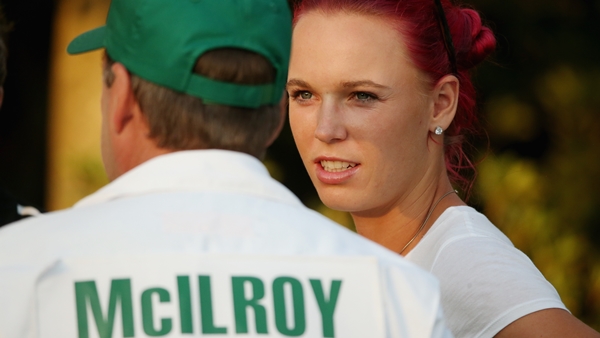 Uncomfortable and subdued, the two-time major winner spoke about the decision ahead of the BMW PGA Championship, only a few hours after first announcing the split in a statement.

“It is quite a difficult time for Caroline and myself, and the statement really said it all this morning,” McIlroy said at Wentworth. “It was mutual and we both thought it was the best for us, the best for both of us. Time to move on, and I’ve said all that I need to say.”

The 25-year-old McIlroy and 23-year-old Wozniacki have been dating since 2011. They were engaged on New Year’s Eve in Australia.

The decision to call off the wedding came as surprise to many, especially since McIlroy had only recently spoke of his delight in meeting up with Wozniacki in London after competing in the Players Championship a couple of weeks ago. Wozniacki had been due to compete in an event in Rome but withdrew to meet up with him.

“Look, I’m no different than anyone else,” the Northern Irishman said. “Everyone has been through breakups, and it’s obviously very, very difficult. But look, I’m here to try and concentrate on this week and answer questions about golf, and that’s what I’m going to do.”

Both McIlroy and Wozniacki have been the top-ranked player in their respective sports, but Wozniacki has not won a major title. McIlroy won his first major at the 2011 U.S. Open, and then added another a year later at the U.S. PGA Championship.

In the earlier statement, McIlroy took the blame for the breakup.

“The problem is mine. The wedding invitations issued at the weekend made me realize that I wasn’t ready for all that marriage entails,” McIlroy said. “I wish Caroline all the happiness she deserves and thank her for the great times we’ve had. I will not be saying anything more about our relationship in any setting.”

At Wentworth, McIlroy is among the top players at this week’s European Tour flagship event.

“I’m not going to lie. It’s going to be very difficult,” McIlroy said of playing this week. “But you know, at least when I get inside the ropes, just try and concentrate on the shot at hand. But yeah, it’s obviously going to be difficult.”

At least McIlroy will have something to cheer him up. The Manchester United fan will play in the pro-am alongside three former stars from the club, Teddy Sheringham, Peter Schmeichel and Phil Neville.

“I’ve been a Manchester United fan my whole life, and getting to play with three Manchester United legends is going to be a nice afternoon,” McIlroy said. “I remember watching the Champions League final in `99 when United beat (Bayern) Munich in Barcelona, and it was a very memorable night. All those three guys were involved.”

Just a few days ago, McIlroy tweeted a view from dinner with Wozniacki.