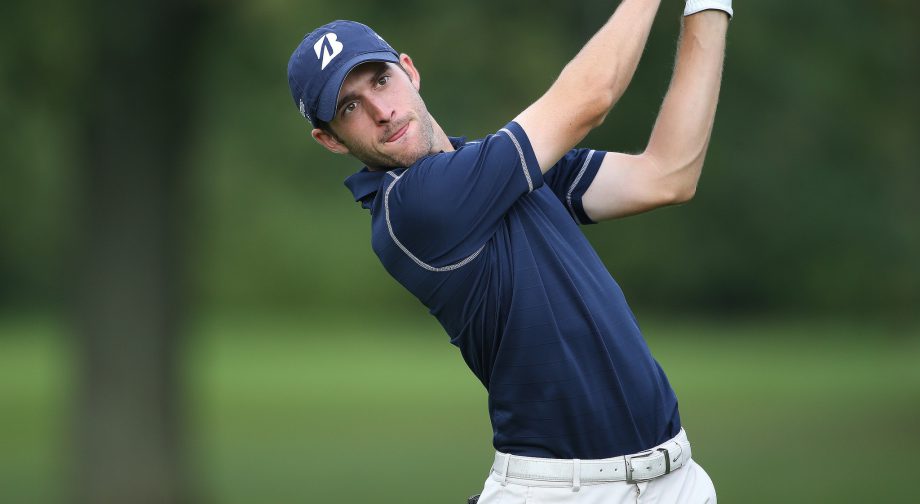 Ridgeway, Ont. – Texas’ Paul McConnell shot an 8-under 63 Thursday at the Cherry Hill Club to set the competitive course record and take the first round lead at the Niagara Championship, the 11th event of the 2016 Mackenzie Tour – PGA TOUR Canada season.

The 25-year old University of Texas at Arlington grad fought through 40 km/h winds that gusted north of 60 km/h with nine birdies on the day to build a one stroke lead over California’s Manav Shah after one round at Cherry Hill.

“It was very good. I was making putts and playing solid,” said McConnell, who hit a masterful spinning pitch on 18 to set up a short birdie putt and shoot the new course record, besting a 64 posting earlier in the day by Shah. “I wanted to carry the little slope in the front, and I just opened the face and trusted it.”

McConnell has produced a steady season in 2016, with three top-25s in 10 starts. Earlier this year at the SIGA Dakota Dunes Open, he held the first round lead with an 8-under 64, an experience the second year Mackenzie Tour member said would help him sleep on the lead Thursday night.

“I’m going to try and not think about it too much and just play like I did today,” said McConnell, who went on to finish T24 in Saskatoon, of the experience of topping the leaderboard. “The putts might not drop like today, but I’ll keep fighting.”

“I should be good for London, but those thresholds of top-20, top-10 on the Order of Merit, those are good goals to finish well enough and try and get into that position,” said McConnell.

Earlier, Shah carded an eagle at the 18th hole to shoot 64, while Novi, Michigan’s Wes Gates was a shot further behind with a 6-under 65.