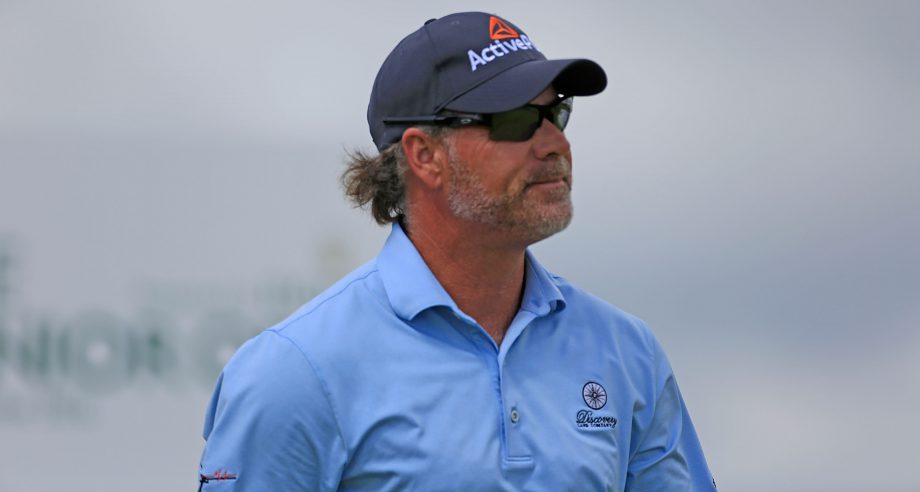 VICTORIA – Scott McCarron birdied five of the first six holes and finished with an 8-under 62 to take the first-round lead Friday in the Pacific Links Bear Mountain Championship.

“I really enjoy the golf course. I love the layout,” McCarron said. “It’s really one of the prettiest golf courses I’ve ever played in my life, it’s just fantastic. It’s my new favourite golf course, of course.”

McCarron won the Principal Charity Classic in June in Iowa for his first victory on the 50-and-over tour after winning three times on the PGA Tour.

“It was a tough day – we had a little drizzle, little bit of breeze and the fog came in and out,” McCarron said. “There were a couple of holes where we had to wait until we could see the fairway. But I got off to a good start. I birdied the first three holes, made a couple nice putts and hit some good shots and the rest of the round kept going. I made another three birdies in a row in the middle of the round, and it was really nice to birdie the last hole to shoot 62.”

Doug Garwood and Jerry Smith were tied for second at 64. Garwood played the back nine in 6-under 30, and Smith had eight birdies and a bogey.

Hall of Famers Vijay Singh and Colin Montgomerie topped the group at 67.

England’s Paul Broadhurst, the winner last week at Pebble Beach, had a 69. He won the Senior British Open at Carnoustie in July.

Rod Spittle topped the four Canadians in the field with a 72. Jim Rutledge shot 73, Stephen Ames 74, and Murray Poje 82.