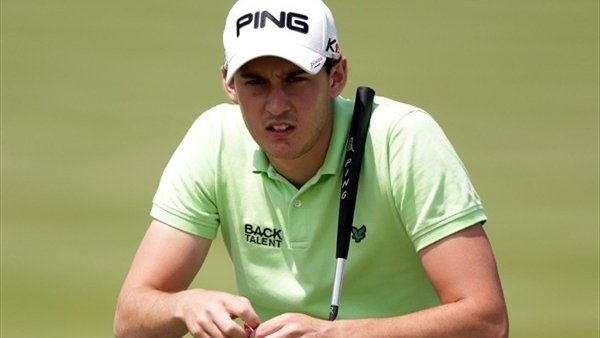 CADIZ, Spain – England’s Matthew Nixon shot a 7-under 65 to take a one-stroke lead after the third round at the NH Collection Open on Saturday.

Nixon had nine birdies to overcome a pair of bogeys in the best round of the inaugural tournament at La Reserva de Sotogrande Golf Club for an overall 8-under 208.

Marco Crespi of Italy is one stroke behind Nixon with Chile’s Felipe Aguilar another shot back in third.

Poor weather and then bad light had forced the opening two rounds to be suspended on Thursday and Friday, and the third round only got under way after 45 golfers finished their second round early Saturday morning.

Nixon says “I had a nice start and it just kept going.”