Matsuyama holes out and shares the lead at Memorial 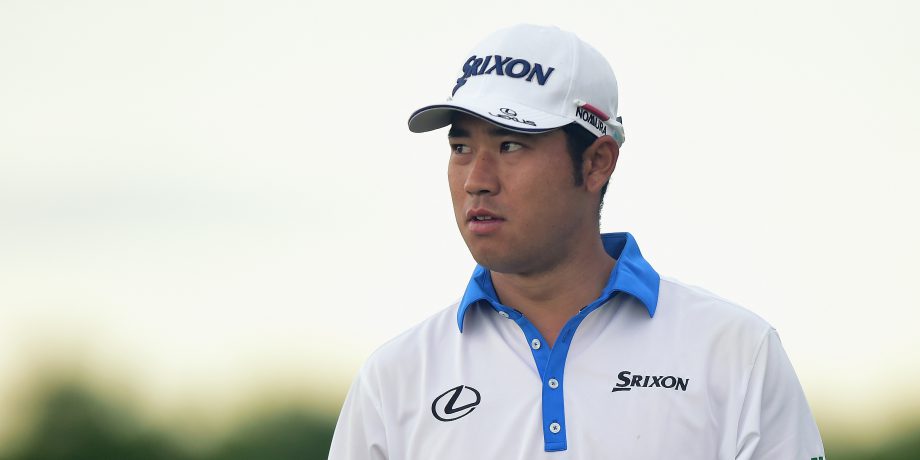 DUBLIN, Ohio – Hideki Matsuyama and Tiger Woods hit their stride at the end of their rounds at the Memorial, and it paid off in different ways.

Matsuyama was in the middle of the pack at Muirfield Village when he ran off four straight birdies and then holed out with a wedge from 130 yards on the 17th hole for an eagle that sent him to a 7-under 65 and a share of the lead with 19-year-old Joaquin Niemann of Chile and Abraham Ancer of Mexico.

“As the round went along, I played better and better,” said Matsuyama, who got his first PGA Tour win at the Memorial four years ago.

So did Woods, which helped him avoid another big number on a course where he has won five times. Woods three-putted from 25 feet to fall to 3 over with five holes to play. He answered with three straight birdies – two of them on par 5s on the front nine – and got up-and-down from 62 yards on the ninth hole for a 72.

“It was nice to somehow grind out the round, turn it around and finish even par,” said Woods, playing the Memorial for the first time since 2013.

Niemann, who won the Latin America Amateur Championship in January, appears to be on the fast track to the PGA Tour. He turned pro after the Masters and already has a pair of top 10s in his four events. Another one this week might be enough to earn special temporary membership on the PGA Tour, meaning he would have unlimited exemptions to try to earn his card.

Ancer had only one bogey on his card early in his round, and he followed with eight birdies. It was the first time he has had a share of the lead after any round in his 40th start on the PGA Tour.

He got that firm handshake from the tournament host in 2010 when Ancer received the Jack Nicklaus Award as the top junior college player when he was at Odesa College. He later played at Oklahoma.

“I got to come here as a freshman, get that award from Jack. That was incredible,” Ancer said. “It was like deja vu walking the fairways – watching from the outside, and now playing. It’s a dream come true. And today I felt great.”

Beau Hossler, who keeps showing up on leaderboards in his rookie season, had a 66. The group at 67 included Lucas Glover, while Jason Day was among those at 68.

So many of the other top players struggled.

Justin Thomas, in his debut as the No. 1 player in the world, was trading birdies and bogeys and was making progress until he hit his approach out-of-bounds on the par-5 seventh hole and made double bogey, sending him to a 72. Also at 72 was Dustin Johnson, who made nothing but pars on the back nine and failed to birdie any of the par 5s.

Rory McIlroy played the par 5s in 1 over and shot 74. Phil Mickelson was 4 under through eight holes until a double bogey on No. 9, and then four bogeys over his last six holes for a 74. Jordan Spieth shot 75, hurt by two double bogeys on the front nine. He went from a fairway bunker into the water on No. 6, and then went some 25 yards beyond the green on the par-3 eighth for another double bogey.

Matsuyama’s big run began after a sluggish start to the back nine on a muggy, humid day that left Muirfield Village soft, particularly with a burst of heavy rain late Wednesday. The Japanese star chopped his way out of the nasty rough on the 10th and 11th holes, both times making bogey.

And then he couldn’t miss.

Matsuyama hasn’t had a top 10 since the Sentry Tournament of Champions to start the year (tie for fourth), and he has been struggling with a left thumb injury.

“It has been frustrating,” he said. “In the past, even if I wasn’t playing well, I could still get it around, get it in the hole. So the last couple of months have been trying. I’m just really glad that I was able to play well today and post a good score at the start.”

Niemann tied for sixth in his pro debut at the Valero Texas Open, and he had a 65-66 weekend at Colonial to tie for eighth. He has started quickly, much like Jon Rahm of Spain two years ago when he secured his card in four starts, boosted by a tie for third and a runner-up finish.

Niemann isn’t sure how many FedEx Cup points he needs for special temporary membership.

“I just want to be out here and enjoy my round and try to play my best and see how it goes,” he said.