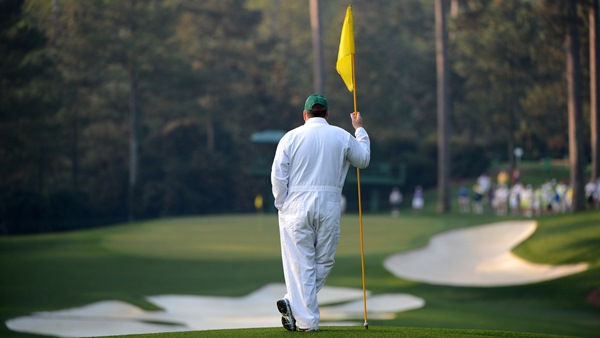 AUGUSTA, Ga – Augusta National added 14 players to the field for the Masters when the final world ranking of the year was published Monday.

That brings the field to 90 players who are expected to compete April 10-13, and again raises the possibility of the Masters exceeding 100 players for the first time in nearly 50 years. Augusta National has the smallest field of the four majors and prefers to keep it under 100 to enhance the overall experience at its tournament.

This is the third time in the last four years the field was at least 90 players going into a new calendar year. There were 99 players for the 2011 Masters, the most since 103 players competed in 1966.

Players can still qualify by winning a PGA Tour event (except for the Puerto Rico Open) or being in the top 50 on March 30, a full week before the Masters.

Matsuyama qualified at No. 23. It will be his third appearance at the Masters, and his first as a pro. Matsuyama was a two-time winner of the Asia-Pacific Amateur, which awards an exemption to the Masters. He made the cut both times as an amateur.

“I’m ecstatic I qualified for the Masters through my play for this year,” Matsuyama said through an interpreter in October, when it was clear he would be in the top 50.

He won four times this year on the Japan Golf Tour and had a pair of top 10s in the majors.

Fowler was the only American of the 14 from the world ranking, though two other players (Peter Hanson, David Lynn) were PGA Tour members, who have more options available to them during the year.

The Masters changed the criteria for the 2014 tournament, though that appears to have little bearing on the number of qualified players. Because the PGA Tour went to a wraparound season (October through September), the Masters awarded spots to the winners of tournaments held in the fall. Jimmy Walker, Ryan Moore and Chris Kirk qualified by winning those events. The other winners of fall events – Webb Simpson, Dustin Johnson and Harris English – previously were eligible for the Masters.

Augusta National eliminated the category for top 30 on the money list, though that didn’t keep out any player who qualified.

When the FedEx Cup was created in 2007, Augusta National returned to its practice of inviting PGA Tour winners (at events that offered full FedEx Cup points). Since then, the largest increase in the field from January until the Masters was the addition of 11 players for this year’s tournament.

Players who have qualified for The Masters are below, listed in only the first category for which they are eligible.