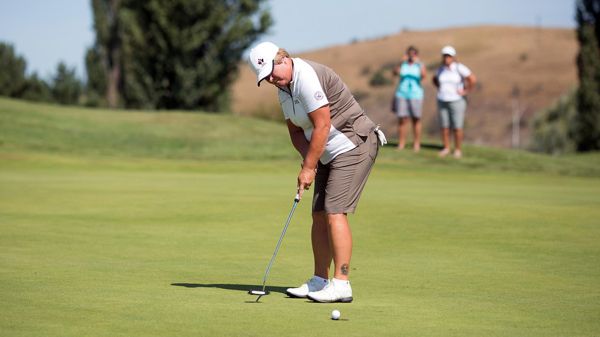 Hayward, who was inducted into the Canadian Golf Hall of Fame in 2007, soared into the lead after firing a 4-under 67 second round, the best round of the tournament. She now has a four-stroke lead heading into Thursday’s final round at even par 142.

“I hit the ball and putted the ball way better than I did yesterday,” said Hayward following her round. “Throughout the round I made a lot of 10 to 15 footers for birdie.”

“It’s a good field, there are a lot of good senior golfers in Canada so it’s never easy to win,” she continued. “We’ll see what happens tomorrow.”

In fourth place is Holly Horwood of Vancouver, who came into the second round with a two-stroke lead. Horwood carded a 5-over 76  on Wednesday to sit at 5-over 147 after 36 holes of play. Rounding out the top five is Diane Dolan of Gatineau, Que., who sits at 6-over 148 after recording a 4-over 75.

In the Inter-Provincial Team Competition, Team British Columbia came out victorious on Wednesday, winning the title by three-strokes over Team Quebec. The British Columbia contingent of Little, Lynda Palahniuk of Kelowna, B.C., and Karen Pultz of Surrey, B.C., finished at 10-over 294 after carding a combined 5-over 147 final round. Team Quebec finished in second place at 13-over 297 while Team Ontario rounds out the top three at 17-over 301.

Claiming the Super Senior title (60+) was Murdoch who bested Horwood by a single stroke. Palahniuk rounded out the top three at 8-over 15 after shooting 6-over 77 in her second round.