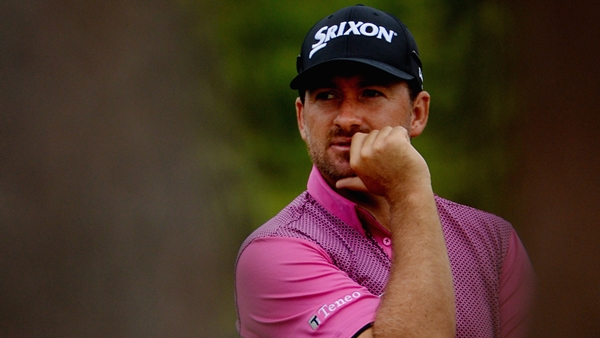 PINEHURST, N.C. – Much to his delight, Martin Kaymer discovered Pinehurst No. 2 was even more different than he imagined in the U.S. Open.

This wasn’t the beast of a course that Kaymer and so many other players were expecting.

This was a day for scoring.

Kaymer made six birdies Thursday afternoon, three on the final five holes, that sent the 29-year-old German to the lowest score in three Opens held at Pinehurst No. 2. He made a 6-foot par putt on the 18th hole for a 5-under 65 and a three-shot lead.

“It was more playable than I thought,” he said. “I think that made a big difference mentally, that you feel like there are actually some birdies out there, not only bogeys.”

So much was made of the new look at No. 2, which was restored to its old look from more than a half-century ago. There also was plenty of talk that this U.S. Open would be as tough as any U.S. Open.

When he finished his final day of practice Wednesday under a broiling sun, Kaymer was asked what it would take to win.

“I said plus 8 because the way the golf course played on Monday, Tuesday, Wednesday,” he said. “But obviously, they softened the conditions a little bit so it was more playable. So hopefully, I’m not right with the plus 8. I would be disappointed.”

Former U.S. Open champion Graeme McDowell took the conservative route on his way to a 68 that featured 15 pars, one bogey, one birdie and one eagle. He was joined by Kevin Na, Brendon de Jonge and Fran Quinn, a 49-year-old who last played a U.S. Open in 1996, when Tiger Woods was still an amateur.

“This was a golf course where I spent the last few days just preparing myself mentally for the challenge, really, knowing that this golf course wasn’t going to give much and it was only going to take,” McDowell said. “I’m assuming they put some water on this place this morning. And we were able to take advantage of that a little bit early on and actually think about getting at some of those flags.”

Brandt Snedeker, who had a chance at 30 on his front nine, had to settle for being part of a large group at 69 that included 20-year-old Jordan Spieth, Henrik Stenson, Matt Kuchar and Dustin Johnson.

The 15 players to break par were the most for an opening round at the U.S. Open since 24 players did it at rain-softened Olympia Fields in 2003.

Phil Mickelson, in his latest quest to win the one major keeping him from the career Grand Slam, shot a 70. He was among the early starters, who received additional help by cloud cover that kept moisture in the greens. Mickelson doesn’t expect Pinehurst to be any easier the rest of the week.

“There was some low scoring out there – some good scoring, I should say,” he said. “Anything around par, it’s usually a good score.”

Masters champion Bubba Watson was among the exceptions. He shot a 76 and said, “This course is better than me right now.”

The sun broke through shortly before noon and began to bake the course, though not enough to stop Kaymer. He watched some of the tournament on television in the morning, and he was particularly struck by the sight of Stenson’s 6-iron into the par-3 15th only rolling out a few feet. Kaymer expected it to roll off the green.

“Last night I thought that it’s going to be very, very firm in the afternoon,” he said. “But actually, it was more playable than I thought.”

Not everyone was able to take advantage.

Defending champion Justin Rose had a 72, making his bid a little tougher to become the first repeat winner in 25 years. Adam Scott, the world No. 1 who has been formidable in every major the last two years except the U.S. Open, had a 73.

Scott wasn’t about to panic. Pinehurst only figures to get more difficult.

“You know how it’s going to be at the end of the week,” Scott said. “We’re going to be looking at even par, or something around that.”

Kaymer picked up four birdies with relative ease – three wedges to inside 3 feet, and a high draw with a 3-wood to about 20 feet on the par-5 fifth for a two-putt birdie. A few longer putts at the end really dressed up the score.

Kaymer tied the course record with a 63 in the opening round when he won The Players Championship last month, ending a drought of some 18 months. That only boosted his confidence, and the 65 on Thursday only adds to it.

Even so, he realizes it’s only one round, and that the course probably won’t be so kind or gentle the rest of the way.

“I would have never expected myself to shoot such a low round at Pinehurst … but it’s a good round of golf,” he said. “I wasn’t expecting it. I’m not freaking out about it. It’s the first round of a very, very important tournament. I put myself so far in a good position, but we have three rounds to go. The golf course can change a lot.

“If other people want to make more out of it, it’s fine,” he said. “But for me, it’s a great start into one of the most important weeks of the year.”

Canada’s lone Canadian in the field – Graham DeLaet – opened with a 5-over 75.

Defending champion Justin Rose, who held off Mickelson a year ago at Merion, shot 72. There hasn’t been a repeat winner in this championship since Curtis Strange in 1988-89.