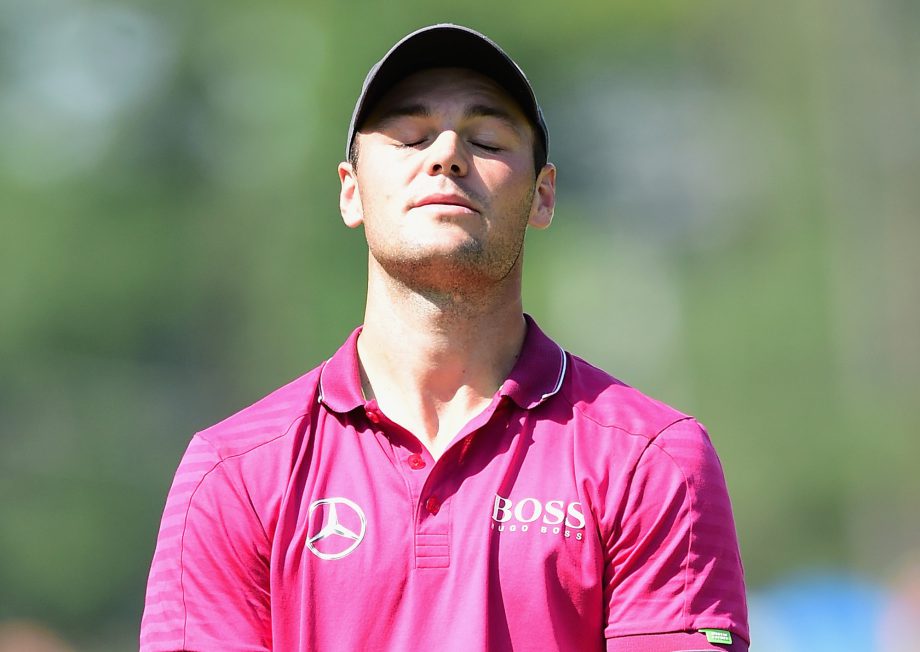 As golf has become more global and the wealth of the PGA Tour has made it the premier destination, there has been grumbling over the years that it has become easier for international players to earn a PGA Tour card through world rankings that get them into the biggest events.

This year shows another side to that equation.

The penalty for not meeting membership requirements is far stiffer than it is for Americans.

Martin Kaymer of Germany, a two-time major champion and former No. 1 player in the world, joined the PGA Tour in 2013. As a European, he is entitled to the “home circuit” policy that allows him to play unlimited European Tour events. However, he is required to play a minimum of 15 events on the PGA Tour.

Kaymer built the FedEx Cup playoffs into his worldwide schedule, had a poor year by his standards and ran into a big problem – he failed to qualify for the playoffs, and wound up playing only 13 times.

The penalty is Kaymer forfeits his PGA Tour membership for next season. Even if he were to win next year, he could not rejoin the tour until the 2016-17 season. He cannot compete in the FedEx Cup next year and he is allowed to play no more than 12 PGA Tour events (including majors and World Golf Championships).

And then there’s Steve Stricker, who entered into semi-retirement a year ago.

Stricker played only nine events this year (he was not eligible for the World Golf Championships or two majors) and finished at No. 176 in the FedEx Cup. He also is required to play a minimum 15 times to keep his membership, but in his case, that only means he can’t vote on tour issues (player advisory council, awards). But he would be eligible for the FedEx Cup next year.

The difference? Stricker didn’t activate the “home circuit” policy because the PGA Tour is his home. If Americans want to play overseas (Rickie Fowler at the Scottish Open, for example), they must get a “conflicting event release” from the PGA Tour. The guideline is three releases for every 15 tour events played.

Kaymer isn’t alone in this predicament.

Victor Dubuisson of France also took up PGA Tour membership. He played only 10 times on the PGA Tour and finished No. 190 in the FedEx Cup. Because he claimed the home circuit policy, he will not be eligible for the FedEx Cup next year.

There’s a difference between FedEx points and PGA Tour earnings, and it has saved him. Beljan finished in the top 10 only once this year; He was third at the AT&T Pebble Beach National Pro-Am, which had a $6.8 million purse. Beljan earned $462,400 that week, which was 59 percent of his season earnings. So while he finished at No. 149 in the FedEx Cup, he wound up at No. 118 on the money list, enough to keep his full PGA Tour card for next year.

The PGA Tour kept the top 125 on the money list as part of its criteria when it shifted to the wraparound season and said it would evaluate whether to keep it. So far, the policy board has decided to keep it.

That’s good news for Beljan, Will MacKenzie, Jamie Donaldson, Whee Kim and David Toms. They all finished in the top 125 on the money list and failed to make the playoffs. Kaymer also was in the top 125, though he didn’t meet his minimum requirement of 15 starts. Scott Stallings, serving a three-month suspension for violating the anti-doping policy, also was in the top 125 but he already was exempt for next year from his 2014 win at Torrey Pines.

William McGirt was safe either way, though he had the greatest discrepancy – No. 74 in the FedEx Cup, No. 114 on the money list.

NEW TO THE ROTATION: The Barclays already has been held at five golf courses since the FedEx Cup began. It’s about to get another.

The PGA Tour announced Tuesday that Glen Oaks Club on Long Island will host the opening FedEx Cup event in 2017. The course was designed by Joe Finer and opened in 1971. It was named club of the year in 2015 by the Metropolitan Golf Writers Association.

ANIRBAN LAHIRI: Anirban Lahiri of India tied for fifth at the PGA Championship, though his bogey on the final hole at Whistling Straits proved costly. It ultimately was worth $72,500, the difference in getting a PGA Tour card for next year.

Even with a tie for fifth at the PGA Championship, he was not eligible for the Wyndham Championship because he was not a special temporary member and had already used up the maximum 12 exemptions on the PGA Tour.

Lahiri will be eligible to take part in the Web.com Tour Finals and could try to earn his card through those four events.

DIVOTS: PGA Tour rookie Justin Thomas gets new shirts for his first FedEx Cup playoff event. He has signed an endorsement deal with Citigroup, which starts this week. The logo will be on his left sleeve. Thomas is No. 36 in the FedEx Cup. … Davis Love III at No. 613 in the world became the seventh player ranked outside the top 200 to win on the PGA Tour this season. The others were Nick Taylor (566), James Hahn (297), Padraig Harrington (297), David Lingmerth (212), Fabian Gomez (288) and J.J. Henry (426). … Leona Maguire of Ireland won the Mark H McCormack Medal as the No. 1 female in the 2015 world amateur ranking. … The PGA of America has selected former PGA Tour commissioner Deane Beman to receive its Distinguished Service Award. Beman will be honored Nov. 13 during the PGA’s annual meeting in Palm Beach Gardens, Florida.

FINAL WORD: “He’s the real deal, and he can play under pressure. He’s like Tiger. I didn’t know if we’d find somebody that could make the putts that he does and stay consistently through the pressure rounds of the majors, and he seems to have that kind of game.” – Johnny Miller on Jordan Spieth.