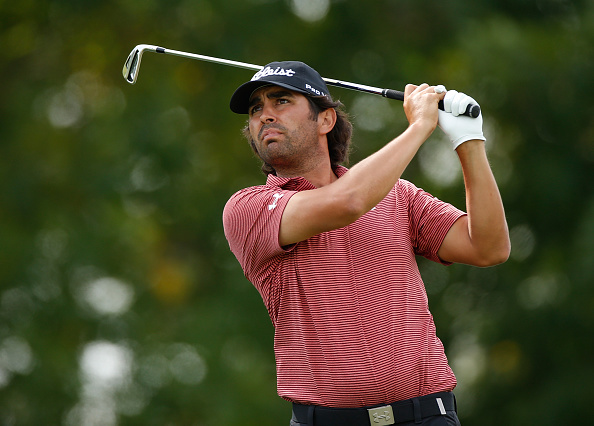 COLUMBUS, Ohio – Martin Flores shot a 1-under 70 on Friday to take a one-stroke lead after the second round of the Web.com Tour Finals’ Nationwide Children’s Hospital Championship.

Flores, tied for the first-round lead after a 67, had three birdies and two bogeys – all on the back nine – to reach 5-under 137 on Ohio State’s difficult Scarlet Course. The 33-year-old Texan has played the PGA Tour five of the last six seasons.

“I try to do a good job of keeping a good attitude,” Flores said. “Sometimes it’s a struggle, but this game is tough sometimes. … Everybody has a battle within themselves of some kind when they play. It’s overcoming that battle and going out there and executing golf shots.”

The tournament is the third of four events in the series for the top 75 players from the Web.com Tour money list, Nos. 126-200 in the PGA Tour’s FedEx Cup standings and non-members who earned enough money to have placed in the top 200 had they been eligible to receive points.

The top 25 players on Web.com regular-season money list earned PGA Tour cards. They are competing against each other for PGA Tour priority, with regular-season earnings counting in their totals. The other players are fighting for another 25 cards based on series earnings.

“Every year, if you don’t go out and prove yourself, you’re going to get beat up a little bit,” Flores said. “Sometimes you take a step back to take a couple of leaps forward.”

“I actually find tougher courses better for me,” Gibson said. “I like to grind when par is a good score.”

Sweden’s Henrik Norlander won the pener in Indiana, and Chez Reavie took the second event last week in North Carolina. Norlander was tied for 11th at 2 under after a 71, and Reavie was another stroke back after a 72.