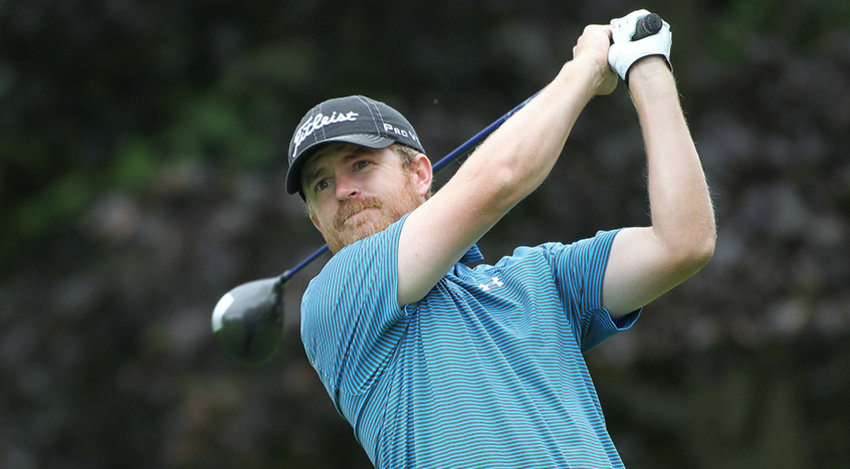 Marshall’s 7-under-par 65 was the third straight week he had opened with a round in the 60s and the fourth time in his last five starts. It was just one shy of his low round of the year, an 8-under-par 64 at the Staal Foundation Open in July in Thunder Bay.

“It was a nice way to finish with birdies on this last two par-5s (Nos. 16 and 18) because I didn’t play the par-5s particularly well before that,” said Marshall, currently in his third season on the Mackenzie Tour. “Everything went well today. I made a couple of putts and it was just one of those days where everything went accordingly.”

Marshall knows it will take a high finish this week if he has any chance to make it into the Tour’s final event of the year, the Freedom 55 Financial Classic next week in London, Ontario. The event is limited to the top 60 players on the money list following this event. He is currently 113th in the Order of Merit.

“To be honest, I’m far enough back where I can just let it go. I’m probably going to have to finish in the top five to get into next week’s event. It’s just one of those things where I can just go out and play and see what happens,” added Marshall.

Marshall is being chased by Spaun, the current Order of Merit leader with $88,534, and Brehm. Spaun posted his 10th consecutive round in the 60s to open play on the Mackenzie Tour this year. Other than a bogey on No. 17, the former San Diego State product played near-perfect golf and his round included seven birdies, including a pair on the par-5 16th and 18th..

“I just tried to avoid making any mistakes out there today,” said Spaun. “It was pretty windy out there and I hit a lot of greens and a lot of fairways and that’s kind of how my day went. I’ll take it. I think the wind actually helped the course because you have a couple of holes going downwind.”

This marked the first time in 2015 that Spaun has led or shared the lead after the opening round. In his previous nine starts, he has been among the top 10 just twice after round one. His best showing was a T4 at the Bayview Place Island Savings Open presented by Times Colonist in June.

Brehm is hoping to continue the success he’s enjoyed in his last two starts this week. He finished T2 two weeks ago at The Great Waterway Classic and T25 last week at the Wildfire Invitational. With his 66 today, seven of his last eight rounds have been in the 60s.

“These next couple of weeks for a guy like me, they’re important,” Brehm said following his round. “I don’t think I can win the money title, but we’re still playing for a lot. If you could eliminate a stage of Q-School and obviously earn money, it’s a big deal. Plus, you want to know that you’re playing well going into the end of the year. I’ve been at this for a while and I think it’s important when you play well that matters.”

7: The number of holes-in-one on the Mackenzie Tour this year after Robert Karlsson aced No. 8 with a 6-iron from 188 yards.

2: Karlsson’s ace was the second in event history…Johnny Bloomfield had the other on No. 15 in the opening round in 2013.

10: The number of consecutive sub-par rounds current Order of Merit leader J.J. Spaun has posted in his opening round this year. He has yet to start an event with an over-par round. His first-round scoring average is now 67.9.

“This Tour is well run and well organized. It’s given me the opportunity to get used to the whole tournament routine with the travel and just competing. We’ve played great courses and it’s been enjoyable with the guys this year.” –C.T. Pan on his experience playing the Mackenzie Tour – PGA TOUR Canada this year.

“That’s by far the best 67 I’ve ever shot probably in my life especially after being 4-over-par after five. I really just had two bad swings which cost me four shots on 13 and 14.” – Taylor Pendrith after his 5-under-par 67. His card showed five pars, seven birdies, two eagles, two bogeys and two doubles.

“My mental approach has been the most frustrating thing for me this year. I’ve been playing well. I’ve missed a bunch of cuts by one or two shots and it’s been a frustrating year so maybe I can keep this going and get into next week’s event.” – Matt Marshall reflecting on his 2015 season.