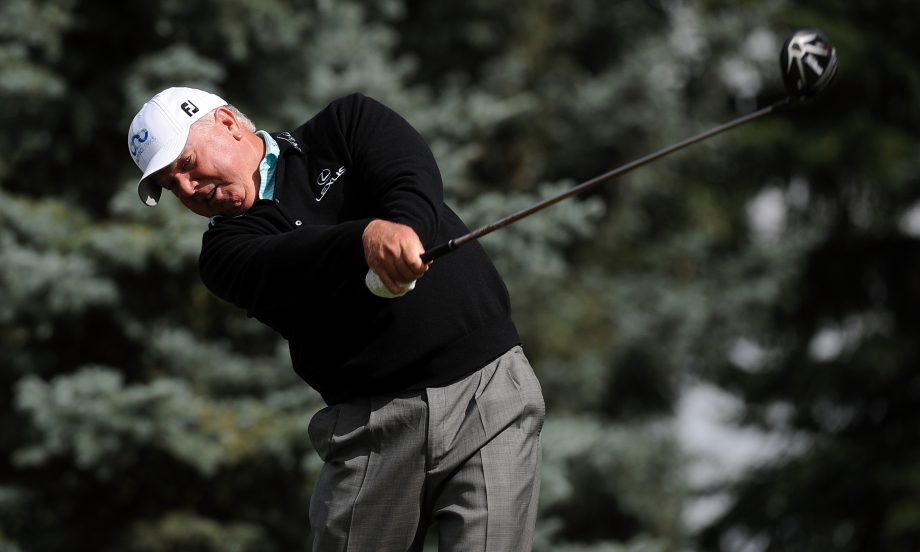 CALGARY—Three of golf’s top stars, and most colourful characters, are the first three players to book their tickets to Calgary this summer to compete in the third annual Shaw Charity Classic August 5-9, 2015.

Mark O’Meara, who will be inducted into the World Golf Hall of Fame in July, will make this third appearance at the Shaw Charity Classic. Calgary golf fans will also welcome Welshman Ian Woosnam and American Peter Jacobsen to the fairways at Canyon Meadows Golf and Country Club for the first time this year.

“The Shaw Charity Classic remains committed to improving our field and event experience each year. Mark is one of the hottest players on Tour this year, and having Ian and Peter in Calgary for the first time helps us achieve that goal,” said Sean Van Kesteren, tournament director, Shaw Charity Classic. “These three names are synonymous with the greatest golf names in the world, and I can’t think of a better way to officially kick off the golf season here in Calgary then by adding these international stars to our field.”

One of the most popular figures in international golf, O’Meara is off to a strong start in 2015. The two-time major winner has three top-five finishes on the Champions Tour this year and was the top player over 50 at the Masters where he placed T22. A winner of 16 victories on the PGA TOUR, O’Meara has won twice on The Champions Tour including one major in 2010 – the Constellation SENIOR PLAYERS Championship

“There is still a tremendous buzz on Tour about the success of the Shaw Charity Classic. Calgary is a wonderful place, an incredible city. I love the Rockies and I’m excited to return this year,” said O’Meara. “The crowds are so enthusiastic that come out and support this event in Canada. I know all the players are excited to have the opportunity to come there and play, and I hope the fans will come out and support us again.”

O’Meara will be joined by two first-timers to Calgary.

Former European Ryder Cup Captain, Ian Woosnam, will make his first trip to the Stampede City. Woosie, who won his first Champions Tour title earlier this month at the Insperity Invitational, brings an impressive resume with him to Calgary. The Wee Welshman, who was recognized as one of Europe’s ‘Big 5’ with Ballesteros, Faldo, Langer and Lyle who dominated world golf in the 1980’s and 1990’s, has racked up 48 victories worldwide including the 1991 Masters. A two-time winner on the PGA TOUR, Woosnam was a member of nine European Ryder Cup Teams, Vice-Captain of the 2002 winning squad, and also Captained the Europeans to victory in 2006.

“I have had a goal to play more in America and get into the top-30 so it was nice to get the win in Houston,” said Woosnam. “I knew my game was coming around. I have played some great golf and I was fortunate to hole that long putt on the first playoff hole, and now be exempt for the next year. I’m excited to build on this success and have a shot at getting my first win in Canada.”

Another Calgary first-timer will be Peter Jacobsen. One of the most humerous characters on the Champions Tour, Jacobsen was a member of two American Ryder Cup teams who captured seven victories on the PGA TOUR. His last PGA TOUR win came in 2003 at the Greater Hartford Open when he was 49. Since turning 50, Jacobsen won the U.S. Senior Open during his rookie season. He backed that up with a win at the Constellation SENIOR PLAYERS Championship the following year. One of the most colourful characters on Tour, Jacobsen regularly entertains fans with his impressions of other players. A self-taught guitarist, he is also known to keep galleries laughing with his comical stories.

The Shaw Charity Classic is giving one lucky fan – and three friends – the chance to feel like a professional golfer for just one day. Canadian golfers who record a hole-in-one during the 2015 contest period must register through the tournament web site at www.shawcharityclassic.com for a chance to win the grand prize. The hole-in-one must be attested by the golf facility’s general manager, chief operating officer, club president, head professional or director of golf. Participants between the ages of 13 and 18 must also have parental consent. The Shaw Charity Classic will aim to profile each hole-in-one on its social media platforms.

Some of the greatest names in the game will play for a purse of $2.35 million, an increase of $100,000, when they return to Calgary’s Canyon Meadows Golf and Country Club for a third straight year. Tickets and corporate packages for the Shaw Charity Classic are available online at www.shawcharityclassic.com. Youth 17 and under are admitted free with a ticketed adult.