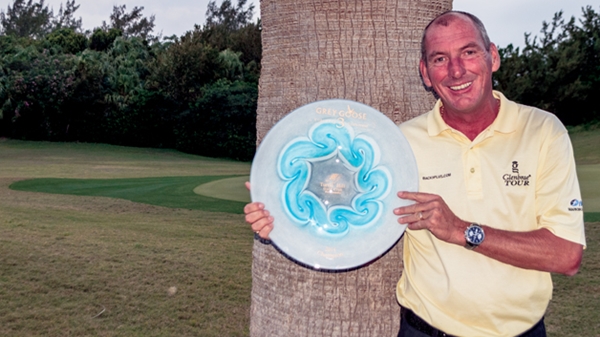 A two-time European Tour winner, Mouland’s two-day total of 1-under par 107 (51-56) was one shot better than Michael Sims and Camiko Smith, both of Bermuda.

“It was survival out there today,” Mouland admitted after the round. “With the wind gusting you become indecisive on the tee. You don’t know if it’s (the wind) into you, right to left, left to right. You’ve got three different clubs in your hand and it’s really guess work.”

“Can you believe I haven’t made a putt over four-feet in the last two days?” Mouland said. “Today the only birdie I made was a chip-in and that was very lucky.”

With the victory, Mouland takes home $20,000 (USD), the largest first-place cheque in the championship’s five-year history.