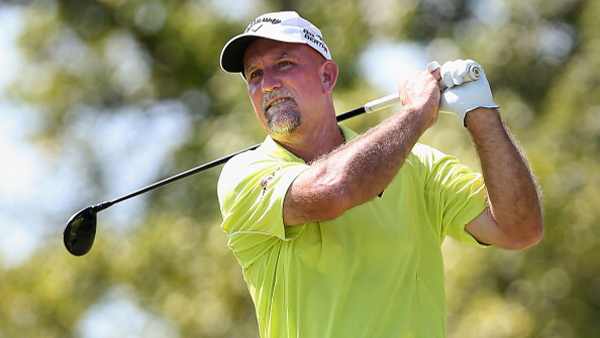 BLAINE, Minn. – Monday qualifier Marco Dawson shot a 9-under 63 on Friday to take the lead in the Champions Tour’s 3M Championship, leaving Bernhard Langer a stroke back five days after the German star’s record-breaking victory in the Senior British Open.

Langer, the two-time 3M champion who won by a tour-record 13 strokes Sunday at Royal Porthcawl, was tied for second with Jeff Maggert, Rocco Mediate and Vijay Singh. Langer holed out from the fairway for an eagle on the par-4 14th and added birdies on Nos. 16 and 18.

Rob Spittle is the leading Canadian, carding 68 in the opening round. Jim Rutledge scored 72 to tie for 57th heading into the weekend.