Man on a mission: Austin Connelly reflects on recent success 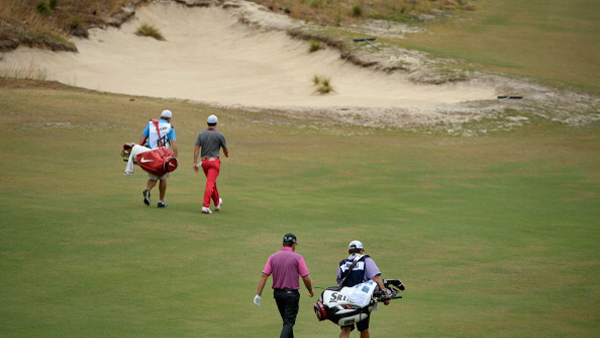 Golf—like most sports—is a game of numbers. For Team Canada’s youngest Amateur Squad member, Austin Connelly, it’s simply “going out there and playing the way you know you can.”

Holding the No. 9 World Amateur Golf Ranking (WAGR) has its benefits—for one, being able to make that statement with the utmost confidence.

Speaking of which, Connelly has a lot of it. Following an earlier-than-anticipated exit at the U.S. Four-Ball last week, the reigning Jones Cup champion was quick to express disappointment and place blame upon himself.

“It just didn’t quite go our way,” he said of his semi-final match with partner Sam Burns. “We certainly would have liked to play better. I had a hard time swinging the club for the first nine holes and felt I didn’t give my partner enough help.”

Connelly has the benefits of youth on his side to fuel his confidence, without overstepping boundaries. He knows there is much still to learn—something he took to heart when playing with (and against) Team Canada teammate, Corey Conners.

“Last year, Corey actually beat me in a playoff to win the Jones Cup—he’s a very, very good player,” said Connelly. “We’ve become pretty good friends and I have a lot of respect for him.”

In November, Connelly and Conners teamed up in Argentina to lead Canada to its first Tailhade Cup victory by a staggering 19-stroke margin.

Three months later, Connelly (along with Conners) returned to the Ocean Forest Golf Club where he took home the title for a little friendly revenge—something he sees as source of motivation for both players.

“We don’t joke about it too much,” he stated. “There is certainly still a level of competitiveness—a way of pushing each other.”

As a matter of fact, Connelly’s journey with Team Canada was sparked at the Jones Cup in a chance encounter with Men’s Head Coach, Derek Ingram.

“My dad and I ran into Derek before the event even started,” said Connelly, who now speaks with Ingram on a daily basis. “He did not know much about me at the time, including that I was Canadian. After the match with Corey, we started talking a lot more at events. Personally, I could see that they’ve done a phenomenal job in improving their players, which was a big draw for me.”

Since joining Team Canada, Connelly has lowered his World Amateur Golf Ranking (WAGR) from an already solid 48 to inside the top-10, where he currently sits as Canada’s best-ranked amateur golfer.

“I’m a very proud Canadian and couldn’t be happier to be a part of this program,” he said. “Having that support is a big deal for me and is very valuable in helping me get to the next level.”

Where did Connelly come from? What’s his story?

The 18-year-old high school senior is a dual-citizen, splitting his time mostly between Nova Scotia and Texas.

“I spent a lot of my childhood, mostly the summers, with my family in Nova Scotia and continue to visit every year—we love the north-east.”

The Canadian standout is considering attending qualifying school in the fall, taking his shot at earning status and turning professional. In the interim, Connelly has signed a letter of intent with the University of Arkansas, a prospect he is also certainly excited about.

In potentially his last year as an amateur, expect Connelly’s name to be atop key leaderboards at the summer’s most prestigious tournaments.