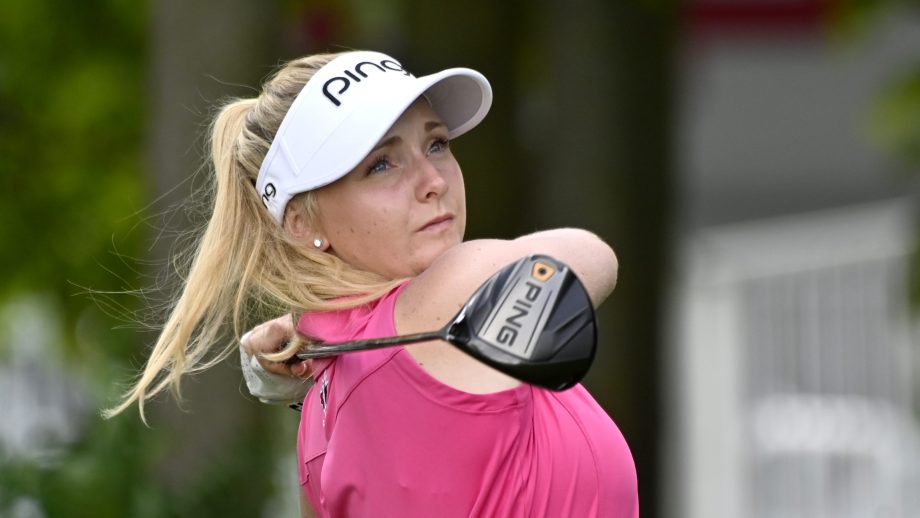 Since starting out in golf, Maddie Szeryk has dreamt of playing the sport at the highest level. After securing LPGA Tour status for 2022 last December in Alabama, the 25-year-old has realized her childhood dream and is ready to take on the world’s best this season.

The long time member of Golf Canada’s National Team Program recalls her humble beginnings when she got started at the age of seven thanks to the encouragement of her dad, Neil Szeryk.

“I remember my dad initially signed me up for lessons at a summer camp and I went out with everyone; and then after I got an individual coach. I really liked the sport and I’ve been doing it ever since,” she reminisced.

Szeryk, whose parents Neil and Karen relocated from London, Ont., shortly after being married – found her passion and a lot of success on the golf course.

“I remember really enjoying being out on the golf course and I also remember winning a lot of local tournaments growing up and so I wanted to work hard as I could to continue getting better,” she recalled.

With the top 45 plus ties earning LPGA Tour membership and playing status for 2022, Szeryk shot a 68 in the eighth and final round of the LPGA Q-Series to finish in a tie for 35th spot.

It should give Szeryk and her supporters a lot of confidence in knowing that when it mattered most she was calm and cool as a cucumber. The talented young Canadian birdied her last two holes to finish inside the top 45 by one stroke – finishing five under for the eight day qualifying tournament which was held in Alabama.

Szeryk says the achievement last December was a very meaningful one – not only for herself but those that have been in her corner through the ups and downs.

“Everyone was so happy and excited. My parents both cried because we all put in so many sacrifices for this dream. To finally have it come true is amazing; and knowing all that hard work paid off,” she said.  “We went out for dinner when I got back home and I got to celebrate with friends – so it was really special.”

“Gutsy Performance from @mszeryk who barely missed a couple of years ago through @roadtolpga top 10 and has patiently been working away. Class on and off the course and couldn’t be happier for her. #faith #dragonheart,” he Tweeted.

The former University of Texas A&M All-American is quick to credit the support from Golf Canada for playing a key important role in her success.

“They have been a huge part in terms of getting me to this point.  I was on the amateur team all through college and had a lot of great experiences. During my time with the National Team Program, I got to play in high level events and had a chance to test my game against the best amateurs in the world. I also got to play in a number of LPGA events, including the CP Women’s Open,” said Szeryk.

“The coaching and support has played a big role in getting me to where I am. Golf Canada has been awesome in support of my journey.”

The 25-year-old will be joining Canadians Maude-Aimée Leblanc and Brooke Henderson this season on the LPGA Tour.  She is also excited to be entering her rookie season with a few of her good friends.

“Dewi Weber, Sophia Schubert, and Haylee Harford are close friends that I played with on the Symetra Tour – now the Epson Tour – and it’s great that we will all be rookies on the LPGA Tour this year,” she said.

Szeryk plans to start her season at the beginning of March on the Epson Tour and play her first LPGA Tour event in late March or early April. And she’s been working hard in preparation for the season ahead.

“On average I’ve been putting in about five or six hours of practise on the golf course each day. But it’s really about quality over quantity in terms of the work. I’ve been doing my best to be prepared physically and mentally.”

Having realized her childhood dream through the LPGA Q-Series in December, Szeryk was asked about her thoughts and goals heading into her first season playing against the best of the best.

“I’m really excited. I got to play a few LPGA events before so I kind of know the atmosphere. It’s really cool to be playing as an LPGA member this season and luckily I have a few friends that will be rookies also to share the experience,” she replied.

“I’m going to try to have good finishes and have good results; but also just try to stay in the present and enjoy every week and have fun out there.”