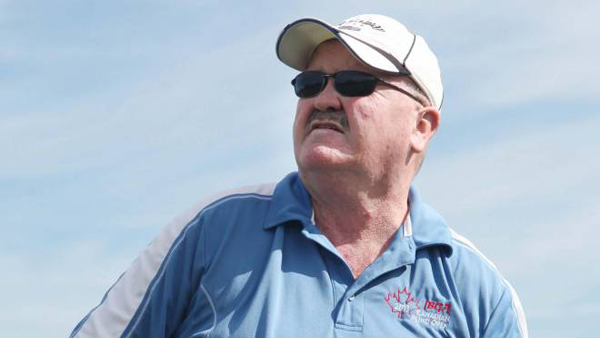 NELSON’S BAY, Australia – Kangaroos, poisonous snakes, world-class golfing and a championship win – it was quite a week for Brian MacLeod, one of Truro’s most prolific golfers.

MacLeod, who is fully blind, shredded the competition earlier this month in Nelson’s Bay, Australia, en route to winning the Australian Open. The title is yet another to add to MacLeod’s long list of wins, but it was only half of a doubleheader that didn’t pan out exactly how MacLeod had wanted.

Immediately following the Aussie Open was the 2014 ISPS HANDA World Blind Golf Championships, a bi-annual tournament that has eluded MacLeod thus far. “I really wanted to pick up a win in that one,” MacLeod said. “I played really well through the Australian Open, and tried to carry that over into the worlds.”

MacLeod came in to the worlds on fire, having won the Australian Open, as well as posting scores of 88 and 93 in tournaments in Arizona. The first day of competition at worlds, however, would prove to be a little more trying. After shooting an opening round of 120, MacLeod found himself well back of the lead, held by good friend and perennial competitor, Zohar Sharon. With a string of narrow fairways, the course quickly left MacLeod struggling to make up for his mistakes. “I got stuck in the trees and took probably three or four shots at it and I just couldn’t get out.” MacLeod would end up shooting back-to-back 10s, leaving himself in a hole he couldn’t dig his way out of. “From there, it’s pretty hard to battle back,” he said. “I just had to focus and try to get out of the round without too much damage.”

Heading into the clubhouse after the disappointing first round, MacLeod tried to keep a short memory and come back strong the next day. “I just didn’t want to have another bad day,” he said. “Everyone shot poorly, but I didn’t want to do that again. I just wanted to prove I could post a good score.”

And post a good score, he did. MacLeod bounced back with a round of 100, the lowest score posted by a B1 (totally blind) golfer all tournament. Despite the struggles in the opening round, MacLeod had placed himself back in the mix of things in the 36-hole tournament. He’d finish seven shots back of Sharon.

Read more about Brian’s win and his next tournaments here.